BT Bangs Out Fresh Metal with an Old School Flair 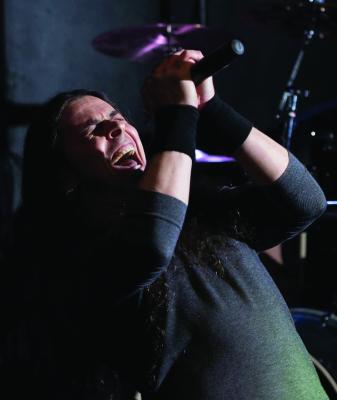 Traditional Heavy Metal is making a comeback in Erie, when Last Pharaoh, Corners of Sanctuary, and Threatpoint come to Basement Transmissions.

Last Pharaoh, the only New York band on an otherwise PA-centric bill, may have formed in 2016, but its members have been banging their heads since the early 1980s, cutting their teeth on metal legends like Megadeth, Iron Maiden, Judas Priest, and Dio, and those influences are obvious in their music. Last Pharaoh released their debut full-length *The Mantle of Spiders this year on Pure Steel Records, a nine-track album filled to the brim with mind-melting guitar work and 1980s power metal nostalgia.

Other New Wave of Traditional Heavy Metal acts on the bill include Philadelphia's Corners of Sanctuary and Erie's Storms Within. Both bands have a bit more thrash metal infused into their style, but showcase Bruce Dickinson-esque vocals that keep them in the NWOTHM category.

Mixing things up are Threatpoint and Human Delusion, from Scranton and Erie respectively. Both bands are more stylistically in line with contemporary metal music, with harsher vocals and heavier riffs, but still enough melody that they won't feel out of place with the rest of the lineup. — Tommy Shannon