Buckle Up! The 'Voice of Broadway' is Coming to Erie 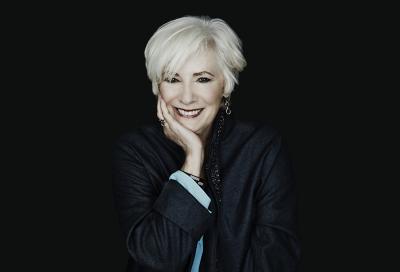 Mercyhurst University brings the critically acclaimed actress/singer Betty Buckley to the stage at the Mary D'Angelo Performing Arts Center. Buckley will headline the Mercyhurst Institute for Arts and Culture's annual 501 Summer Soirée on Saturday, Aug. 7. With a career spanning theater, film, television, and even concert halls around the world, Buckley has made her mark in the arts.

Her appearances on stage garnered her the title of the "Voice of Broadway" by New York Magazine. Buckley won a Tony Award for her performance as Grizabella, the Glamour Cat, in the original Broadway production of Cats. Her second Tony Award nomination for Best Actress in a Musical came from her performance as Hesione in Triumph of Love. She went on to play Norma Desmond in Sunset Boulevard in both London and New York, receiving an Olivier Award nomination for Best Actress in a Musical.

In addition to shining on stage, Buckley brought her talent to the screen by appearing in a variety of films and TV shows. Buckley debuted in the original movie version of Carrie in 1976, where she played Carrie's gym teacher, Miss Collins. More recently, Buckley appeared in the 2017 M. Night Shyamalan film Split alongside James McAvoy. She was nominated for a Saturn Award for her work in the film as McAvoy's psychologist. Buckley starred in the hit series Eight is Enough as Abby Bradford and recently co-starred in the third season of AMC's Preacher. She has also guest-starred in shows ranging from the NBC series Chicago Med to HBO's Oz.

Buckley was inducted into the Theatre Hall of Fame in 2012 and is the 2017 recipient of the Julie Harris Awards from the Actor's Fund for Artistic Achievement. And these are only a handful of her career achievements.
— Morgan Ashlee Grenz

7:30 p.m. // Mary D'Angelo Performing Arts Center // $35 for adults, $30 for seniors, $25 for non-Mercyhurst students and youth 12 and younger // Those who are fully vaccinated are encouraged but not required to wear a mask. Seating has been reduced to 50% // For tickets and more information go to miac.mercyhurst.edu