Camelot Classic to Take the Mainstage Throughout June

Camelot comes to life this month on the mainstage of The Erie Playhouse. 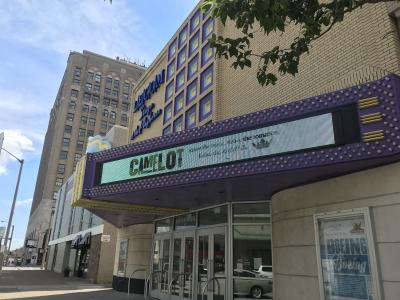 A grand, mythical and castled city and center of the Kingdom of Logres (said to be located in Great Britain), Camelot was where King Arthur held court. And according to Arthurian legends, the city became home to a roundtable that held 150 knights. Though this story is many centuries old, the tale is coming to life this month on the mainstage of The Erie Playhouse.

Camelot, drawn from T. H White's epic novel The Once and Future King, is a "majestic piece of musical theater that centers on the romantic triangle that develops between King Arthur, Guinevere and Sir Lancelot," said Susan Lechner, the show's director.

With themes of conflict and the human heart at its center, the legend continues to capture audiences. The show is paired with an enchanting musical score complete with pageantry and abundant melodies.

Of the production, Lechner said: "It's wonderful to watch the actors grow into their roles and find the nuances that bring their characters to life. We have a strong vocal ensemble backing the principle characters. The cast, coupled with dazzling costumes, beautiful sets, intricate lighting and full orchestra, is sure to have audiences on their feet at the end of the show." — Hannah McDonald

Performing Arts
6/8/2018 at 7:30 PM
Erie Playhouse, 13 W 10th St, Erie, PA 16501
The Erie Playhouse is proud to present Camelot, on the LECOM stage June 8 through 24. This majestic musical brings the legend of King Arthur and his Knights of the Round Table to life with enchantm...
CamelotErie PlayhouseSusan LechnerBrendan DaughteryKing ArthurHannah RidgewellGuinevereMathew E. AndersonLancelotMitchel McVeighRichard DavisTeni Siano