Cardi B raps on what is likely the best debut of the year. 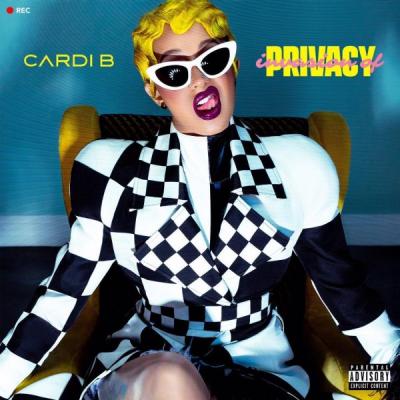 "Iwas covered in dollars, now I'm dripping in jewels," raps Belcalis Almanzar – better known to the world as Cardi B – on what is likely the best debut of the year. Cardi B's rags-to-riches story is detailed in "Get Up 10," a track often compared to Meek Mill's "Dreams and Nightmares" that will instantly grab the attention of any naysayers that might remain. Invasion of Privacy is the rare debut that borders on instant-classic status, delivering summer smashes ("I Like It") and old-fashioned confessionals ("Ring" ft. Kehlani) in the same lean 48 minutes. Any misses here are, at the very least, pleasant. Some of her work with male features (barring "Best Life ft. Chance the Rapper") leans on beats typical of that artist, and in all honesty, this is a detriment to the feature rather than to Cardi B herself. She never bites the style of these rappers, but actually surpasses them in their own territory. In some ways it's fitting that "Bodak Yellow" sprung her to the top of the charts, because the same people who dismissed that song will likely be the ones kicking themselves after hearing everything she's capable of. — Aaron Mook

A Funny Thing Happened on the Way to the Forum

Everybody by Braden Jacobs-Jenkins