The comedian makes Erie his next stop 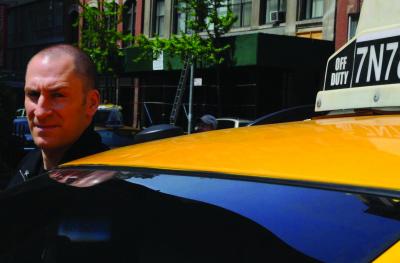 Driving a cab is so much more than just chauffeuring people from here to there in a big city.

You have to be able to think quickly on your feet; you have to be prepared for the unexpected, at any time of the night or day; and you have to have thick skin, an inner toughness that keeps you from taking rude comments personally.

Does that sound like any other profession you can think of?

For Ben Bailey, these qualities served him well in the years prior to his helming the Cash Cab, because this three-time Emmy Award winner started his career in show biz as a stand-up comedian — another job that is not for the faint of heart.

Actually, the 6'6" comedian, actor and producer started his Hollywood career as a bouncer in a comedy club, but his hilarious story-telling caught the attention of the emcee, who invited him to take the stage. On such chance moments do entertainment careers hinge. Though he made a name for himself on the club circuit, he became a game show phenomenon as the host of Cash Cab, where NYC cab riders have the length of their trip to answer trivia and win money.

Lucky for Erie and the patrons of Jr.'s Last Laugh, Bailey parked the cab and hung up the keys (for now at least), as he returned to his stand-up roots and embarked on a nationwide tour. His stop here in the Gem City will be a three-night, five-show engagement.

After 13 seasons of Cash Cab, navigating the heavy, congested traffic of NYC, one can't help but wonder what Ben Bailey would make of our Peach Street jam. — Cara Suppa