Celebrate a Split Release with onewayness, Battalion of Cloudships, Spreaders and Friends 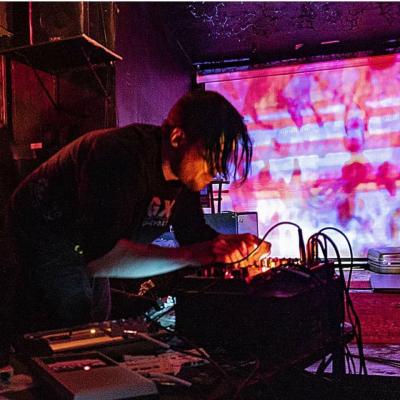 The latest installment of Adam Holquist's ongoing electroFLUX experimental music series is set for the Erie Movie House with an absolutely stacked album release party. Centered around onewayness v. Battalion of Cloudships, a split featuring two local post-ambient artists being released on CD, the event will also feature five additional acts, three of which are traveling from New York. One of these artists, set to headline the show, is Spreaders, a dark noise act who will be joined by friends and fellow harsh feedback artists Jackson H. K. and Mike Sidnam.

In addition to onewayness and Battalion of Cloudships, Erie's unique harsh noise scene will be represented by DAGGER, who released their latest LP, A BLADE IN THE DARK, just last month, as well as Elephant Pill, a trip-hop project that creates original scores for imaginary stories, such as last year's The Tortoise Hair Troupe. With six more fresh musical acts to carry forth the electroFLUX name, it seems Holquist and company have crafted yet another show you'll need to hear to believe within Erie's expanding entertainment scene. — Aaron Mook