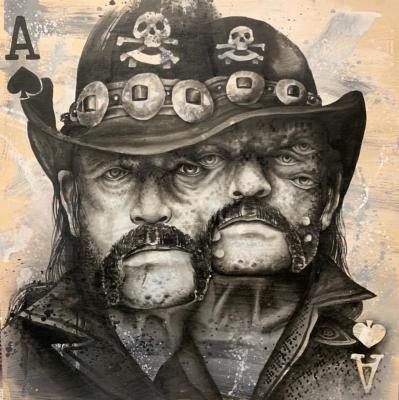 Soundtracking the night are two punk bands from Erie. Garage-rock act No Comply released a pair of singles, "Them Vices" and "Trailing Lights," earlier this summer, likely hinting at a longer release later this year. Indie-rock band Penny Racer released their first three-song demo just this past March. Also joining them is the pop punk, powerpop quartet Heart & Lung, from Ohio.

The event will also feature a bake sale and merchandise from The Eerie Roller Girls, as well as craft beers and cocktails served by Brewerie Trackside bartenders. Regardless of your reason for attending, you won't want to miss Erie's most unique art show of the summer. Did we mention celebrity costumes are encouraged? Dress like your favorite fallen idol and you might win the costume contest. — Aaron Mook