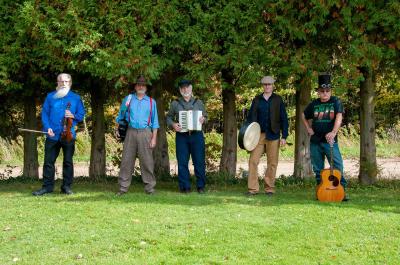 Goodell Gardens in Edinboro will kick off its summer music series Friday, June 15 with a performance by The Celtic Hooligans.

Formed in 2009, the regional band quickly became known for its traditional Irish tunes and folk songs. The group has performed at dozens of festivals in Northwestern Pennsylvania and Western New York.

"Edinboro is named after a town in Scotland, so I think the Celtic Hooligans are a good fit," said Amber Wellington, Goodell Gardens assistant director.

The annual series runs from June to August with a lineup of mostly local talent. Performances include the Tiger Maple String Band on June 29, Salmon Frank on July 20, Patchouli & Terra Guitarra on Aug. 3 and Seann Clark, Colette Bone & Friends on Aug. 17.

People are encouraged to bring lawn chairs and blankets.

Goodell Gardens receives grant funding from the Pennsylvania Council of the Arts and the Erie County Gaming Revenue Authority to offset the cost of the concerts. — Tracy Geibel