Charles Marohn is ready to have a curbside chat with Erie 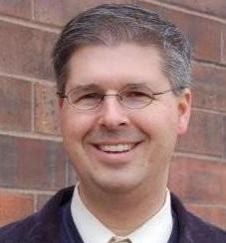