Circa Survive // The Amulet

The Amulet is the kind of album any tenured artist would be proud to release. 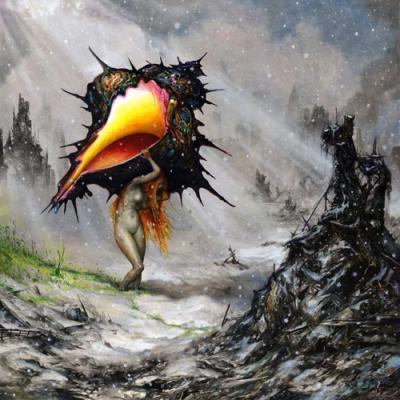 For over a decade now, Circa Survive have been composing emo-tinged post-hardcore and, in the second half of their career, atmospheric indie-rock. But the landscape has changed, and so have they. While some of the band's pre-2010 material may feel dated, those songs are special to many and integral to the band's growth. Circa Survive are now a band churning out music that is simultaneously less immediate, far richer and more rewarding with time, resulting in their most nuanced release yet. Rooted somewhere between the swirling psychedelics of 2007's On Letting Go and the spacey restraint of 2012's Violent Waves, The Amulet successfully marries a number of sounds Circa Survive have workshopped over the years. Frontman Anthony Green's otherworldly howl has mostly subsided, but he sounds more confident than ever in his high-pitched croon, allowing the band's energy to push him to new heights in songs both punchy ("Never Tell a Soul") and epic ("Lustration"). Simply put, The Amulet is the kind of album any tenured artist would be proud to release - smooth but never dull, built upon years of experimentation and infallible in its execution. — Aaron Mook