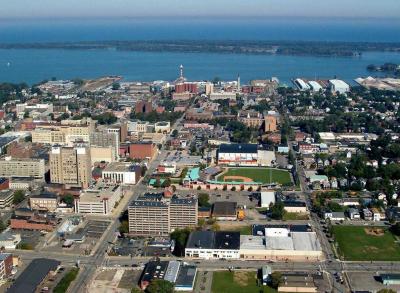 While we can debate which races in the upcoming municipal election cycle have the greatest relevance to the citizens of Erie County, there is little dispute that one of the highest profile races of 2015 will be the contest for Erie City Council. There are three open seats, but only two council members seeking re-election.

Candidates can begin collecting signatures on their nominating petitions on Tuesday to have their name on May's primary ballot.

Councilman Bob Merski announced his re-election bid last Sunday before a crowd at the 3rd Street Polish Falcons and Councilman Mel Witherspoon also said he will run for re-election.

The third seat currently belongs to Jessica Horan-Kunco, who is prohibited from seeking re-election as a result of term limits. The vacancy created by Horan-Kunco's term-enforced departure opened the door for hopeful candidates vying for what many see as the only open seat on Erie City Council.

Rebecca Styn, a senior sales manager at the Sheraton Bayfront Hotel who ran unsuccessfully for Erie County Council in 2011, announced her candidacy to a crowd of supporters at the Erie Art Museum in late January.

Sonya Arrington, who has mobilized the community around her Mothers Against Teen Violence, which she founded after the shooting death of her 19 year old son in 2010, also expects to be on the primary ballot in May.

This race is seen by many as the final countdown to the 2017 mayoral race. Merski, among others, have made public overtures signaling interest in running for mayor. Horan-Kunco's name is also bandied about as a possible mayoral hopeful and the time off will certainly give her time to think about such a move. But the impact of political neophytes on this municipal election will likely suggest the momentum that political veterans will have heading into 2017.