Benjamin Jealous is coming to Penn State Behrend on Feb. 15 to discuss issues of race 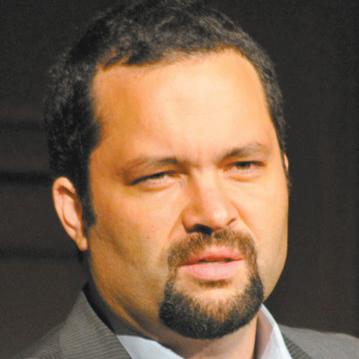 For a man in his early forties, Benjamin Jealous has tallied enough accomplishments for a half dozen lifetimes.

When he became the CEO of the NAACP in 2008, he was only 35 – the youngest leader in the group's history. During his tenure, the organization expanded its impact through a new focus on issues like early childhood education, marriage equality, and health care. Under his leadership, the NAACP also forged surprising partnerships with conservatives like Newt Gingrich and Grover Norquist on criminal justice reform issues. In 2012, Jealous became an important voice of protest in the wake of Trayvon Martin's death, helping to produce reforms to the police department of Sanford, Fla. He also oversaw financial successes during this time. According to USA Today, the donor base for the NAACP grew by more than 100,000 people during his tenure, and economic prosperity ensued.

Prior to his work with the NAACP, Jealous served as president of the Rosenberg Foundation, a California-based nonprofit that provides grant funding for social justice initiatives. As the former director of the U.S. Human Rights Program at Amnesty International, he focused on issues like racial profiling and abuses in our prisons. But we're not done – he's also a Rhodes scholar, a venture capitalist, a graduate of Columbia and Oxford, and (currently) a senior fellow at the Center for American Progress.

Jealous stepped down as CEO of the NAACP in 2013 and is now a senior partner at Kapor Capital, an Oakland-based firm that provides start-up funding to entrepreneurs from underrepresented backgrounds. He also serves as the Board Chairman of the Southern Elections Fund, which works to diversify political leadership and increase voting rights in our southern states.

Jealous' track record of collaboration, service, and practical achievements regarding racial and social justice is uniquely inspiring. If his resume leaves you a bit dizzy, imagine the pool of knowledge he'll pull from when he comes to Penn State Behrend on Feb. 15 to discuss issues of race. – Dan Schank