Clean Energy is Our Future

The tragedy of Trump's decisions 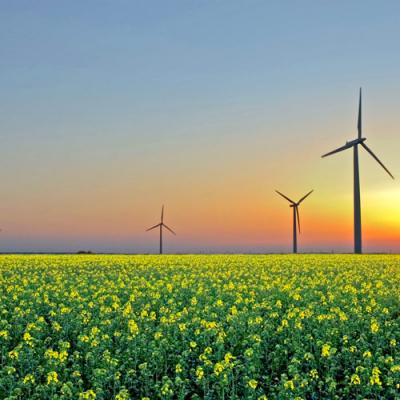 Among the nations of the world, we are alone — not as a beacon of light or hope, but as a shining example of what happens when ideology trumps science and good sense. Our government is one of only two countries, the other being Syria, that disputes the well-established scientific fact that the planet is heating up and fossil fuels are the cause.

And here is the ultimate irony: in 2009, Trump joined with dozens of business leaders to sign a full-page ad in the New York Times urging President Obama to strengthen and pass climate change legislation and to support action on a global climate change pact being negotiated in Copenhagen. The ad read, in part, "If we fail to act now, it is scientifically irrefutable that there will be catastrophic and irreversible consequences for humanity and our planet."

But it's not hard to understand why some elected representatives continue to reject climate science. The fossil fuel industry has funneled hundreds of millions of dollars to them, many of whom, like Trump, actually believe climate change is happening and fossil fuels are the cause. But as Upton Sinclair once said, "It is difficult to get a man to understand something, when his salary depends on his not understanding it."

Even so, those representatives who are climate change deniers have to strain themselves to continue denying the evidence. For example, from 1991-2012, there were 13,950 articles on climate change published in peer reviewed scientific journals. Only 24 disputed that climate change was happening. Every organization in North America that deals with some facet of climate change accepts the science, and 195 nations of the world signed on to the Paris Climate Accord. The science behind climate change is so solid, and the actual changes we are seeing in the world are so obvious that you have to be in denial of your senses to continue believing that 97 percent of climate scientists are wrong.

Despite Trump's inaction, there is hope. Not only have the nations of the world pledged to step up, but so have local governments, mayors, governors and business leaders all across America. One hundred eighty-seven mayors from around the country pledged to sign the Paris Accord just as Trump announced the pull-out. Closer to home, Ferguson Township in the State College area recently passed a resolution to become carbon-neutral by the year 2050.

Trump has been making misleading claims about the loss of jobs to justify his rejection of the Paris Climate Accord, but the fact is, getting off these dirty fuels will be a huge boost to our economy. Right now, coal provides about 30 percent of our electrical generation, down from 46 percent in 2009. In contrast, solar provides less than one percent of our energy yet already employs more workers than the coal industry. Here in Pennsylvania, there are twice as many jobs in the energy efficiency and renewable energy sector as in the fossil fuel industry. So if you really want to create jobs, solar and wind power is it. And the main reason for coal's decline has nothing to do with any government regulation. It's cheap, abundant natural gas that is putting the coal companies out of business. In just eight years, gas has gone from providing 22 percent of our energy to 34 percent today, while in that same time, coal has declined from 46 percent to 30 percent. Contrary to the president's claim, coal is on its way out and is never coming back. If Trump were president back when the first cars were being produced, he would likely have tried to bring back the buggy whip industry.

One of the real tragedies of Trump's decision is that while the rest of the world is racing to become the leader in clean energy, the great technological engine of the United States is sitting on idle. While China and India are canceling coal plants, Trump is pandering to coal states, claiming to bring back coal jobs, giving false hope to those miners who voted for him.

It's time we stopped fooling ourselves and our people and come to grips what the rest of the world already knows: Clean energy is our future.

Ed Perry is a former aquatic biologist with the U.S. Fish and Wildlife Service. He can be reached at paglobalwarmingoutreach@gmail.com