Time Well's only drawback stems from its lack of variety. 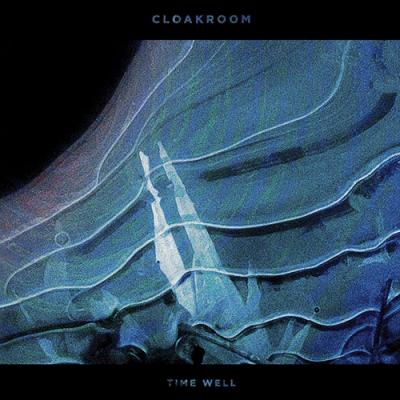 You should know within a minute of opening track "Gone But Not Entirely" whether Cloakroom's second LP, Time Well, is for you. In fact, you may even know before pressing play if you read the album's press release: Time Well is in fact rooted somewhere between "doomy stoner rock" and "psychedelic shoegaze" and it truly does beat you over the head with "60-plus minutes of crunchy, guitar-driven atmosphere." Building on their more accessible 2015 debut, Further Out, Cloakroom deliberately uses this album's duration to expand their sound to the extremes of both doom-metal and dream-pop. There's no doubt the band perfected their vision for this release, allowing crushing guitars and vocalist Doyle Martin's David Bazan-like croon to do most of the heavy lifting. Time Well's only drawback stems from its lack of variety. The album's best moments come anytime the band steps out on a limb, whether it's injecting the occasional hook ("Concrete Gallery," "Seedless Star") or providing an original take on a familiar tune ("Hymnal"). For some, Time Well will play more like an hour-long monolith. Whether that appeals to you should tell you everything you need to know before pressing play.