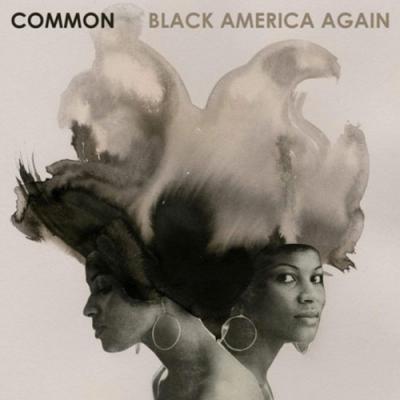 Though the title of Common's 11th studio album may make some feel uneasy, Black America Again addresses many social issues that tie into one overall message: freedom. With production tailored to the Chicago native, Common protests oppression while tapping into the beauty of self. Kicking off this album with "Joy and Peace," the emcee briefly educates us on how true bliss derives from a supreme being beyond us. On the title track featuring the great Stevie Wonder, Common courageously clears a few stereotypes about African-Americans in hopes of understanding and equality. Though he touches on current racial scenarios, his vision is broad enough for everyone to be affected. On the idealistic "The Day Women Took Over," Common expresses a better nation under the authority of the almighty female. BAA is a conscious effort that beautifully blurs social commentary and self-empowerment making the listener look out into the world and within. It may not be an instant classic, but it's an awesome contribution to hip hop. Common gives us the soundtrack to today and the blueprint to a brighter tomorrow.