Connect + Respect Community Conversation on May 17 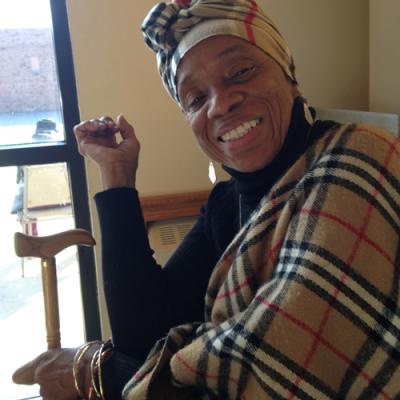 While lecturing at the Jefferson Educational Society on May 3, Michael Furhman noted that the "east side is a work horse," and commented that this side of the city is home to a prison that takes up three city blocks. In addition to Lampe Marina, and a few underutilized parks, the east bayfront features a large waste treatment plant and vast Eric Coke industry site.

Furhman outlined the fascinating, century-long history of proposals for ferries, bridges, and tunnels to link the east side of Erie to Presque Isle, thus promoting economic development on Erie's east side. A tunnel for pedestrians, cyclists, and vehicles would cost an estimated $20-$30 million, allowing easy access for east side residents, many of whom don't have a vehicle. Furhman said, "It's about people – about building connections."

While this visionary proposal to connect the city to Presque Isle is being considered, many Erie residents want to retain a connection that is already in place. If leaders in Erie would help fill the $700,000 funding gap, an important existing connection – the McBride Viaduct – can become a vital driver of economic development.

A new group, ErieCPR (Connect + Respect), co-hosted "Bridging Erie's Divides: a discussion on Urban Design, Race, and Economic Development" at Shiloh Baptist Church on April 28. Now, ErieCPR has announced plans for a Community Conversation on May 17 to discuss the east side's challenges and solutions. Are you rolling your eyes at the thought of yet another organization forming in this city? Don't pass judgment yet – ErieCPR is a different kind of group altogether.

Too often government (and institutions) make big decisions, then invite public comment and proceed with their original decision. Examples include:

– Relocating religious institutions from the downtown to the suburbs;

– Laying off thousands from GE and other key employers;

– Closing all downtown elementary parochial schools as of June 2016;

– Proceeding with plans to demolish the McBride Viaduct.

"Stakeholders need to be involved" from the very beginning of planning. We have a civic duty to get involved and to insist, "nothing about me without me."
Cynthia Muhammad, Founder of Erie Metropolitan Black Yellow Pages

Over the past few years, an impressive roster of experts visited Erie including: planner Charles Buki of czb; Adrian Fine, of the National Trust for Historic Preservation; Dr. Mindy Thompson Fullilove, a.k.a. "the town shrink"; architect and planner Toni Griffin; Bruce Katz of the Brookings Institute; Tom Hylton of Save Our Land, Save Our Towns; Tom Leary of the Society of Industrial Archeology; photographer and architectural historian, Bill Lebovich; Charles L. Marohn, Jr., author of "Thoughts on Building Strong Towns"; Edward T. McMahon of the Urban Land Institute; John Norquist, the former Mayor of Milwaukee and former Executive Director of the Congress for the New Urbanism; Donovan Rypkema of Place Economics; NYC architect and John Nolen scholar, Charles Warren; and the long-time director of the Pittsburgh History and Landmark Foundation, Arthur Ziegler. Many made comments along these lines:

1. Erie has both huge challenges and under-utilized assets.

2. No federal savior or corporate sugar daddy will save Erie.

3. Erie must define and embrace a bold vision.

4. To achieve success, Erie must accept some risk and some failure.

Inspired by Toni Griffin's "Just City" address at Preservation Erie's Greater Erie Awards, architect Brian Weber commented that we all "need to be engaged in the transformation of our city." Weber noted that positive change in Erie "can only be realized through specific activities that begin with listening and continue through implementation." If we take ownership of an all-stakeholders decision-making process, we will identify better solutions and attract the collective will to transform Erie.

Every day, east side residents make at least 200 trips over the McBride Viaduct on foot or bike. These stakeholders' voices have been ignored; and since late 2013, citizens have been working to challenge the City's plan to demolish the bridge through the "Rethink the McBride Viaduct" effort. But over the past few months, these citizens and other community leaders have embraced a broader mission of what Rev. Anthony Harris refers to as "east side issues." Harris says that solutions to the challenges of poor planning, poverty, and violence must "involve east side residents." Harris notes that ErieCPR has been "birthed of a love and concern to help fellow humanity." The first ErieCPR event ("Bridging Erie's Divides") was a successful first step in engaging the community. Now, Harris says, the group must grow, and the May 17 ErieCPR meeting "is extremely important" because the community needs to learn that "their voice can be heard and we can act on what we have heard." Architect Adam Trott wants to keep the momentum going and "get everyone at the table" to figure out "how to solve things." ErieCPR will offer "simple ways to get involved." Mohammad says ErieCPR will "empower people" and "give voice to the voiceless."

The public is invited to the second Connect+Respect meeting on Tuesday, May 17 at 6:30 p.m. at the Erie Art Museum. For more information, contact ErieCPR at connectplusrespect@gmail.com or message the group on Facebook at "Erie CPR Connect + Respect."

Civitas members can be reached at their website civitaserie.com, via Facebook at CivitasErie, by emailing Lisa@civitaserie.com, or by scheduling a Friday morning meeting at the Civitas office in the Masonic Building.