An overview of Erie's effort to reverse the decline of the city's urban core. 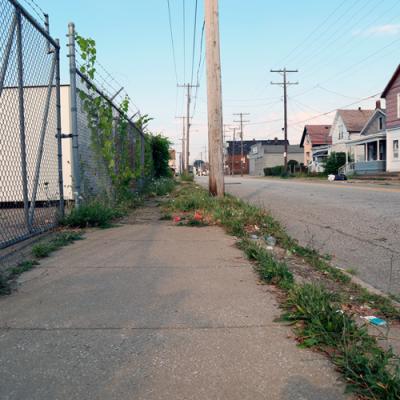 At the first ECP community meeting on Aug. 5, Buki proposed that by closing down and discontinuing city services in low-market-valued areas of the city the glut of city housing will be reduced. Buki says "right-sizing" will encourage stronger real-estate values across the city and that city dollars will be freed for reinvestment in other areas.

A map detailing Erie's assessed market values (which can be viewed at Erie-Comprehensive-Plan.org) presented at that early August meeting revealed that the lowest-value homes, marked in red, are located in the west bayfront. On the Erie's eastside between Front to 26th streets, almost every property was "red." Sounding what some hear as a development wake-up call, Buki asked if the audience was willing to "accept casualties" to ensure Erie's future – an answer Erie doesn't yet have but must consider.

Well before a plan is finalized, systemic issues promoting decline in the urban core must be addressed. Based on conversations with thousands of home buyers over almost four decades, Realtor Nanci Lorei reports that two issues discourage buyers from Erie City: a negative perception of city schools and a concern about higher taxes.

Higher taxes result because 40 percent of Erie's real estate is owned by nonprofits, which are not required to pay taxes. Yes, some do pay some portion of "non-owed taxes" via a Payment In Lieu of Taxes agreement. And yes, some institutions (for instance, Gannon University) voluntarily pay 50 percent of the assessed taxes that a for-profit agency would owe. But, the city gets this "missing" portion of tax-money from its landbank from the remaining property owners in order to pay for all the city services.

Additionally, Lorei noted that each homebuyer is approved for a maximum monthly payment. "Once taxes and insurance are subtracted," Lorei says, "what is left pays for the actual house (principal plus interest)." When much of the monthly payment must be used to cover higher taxes, Lorei notes "there isn't much left to pay for the house, which drives down values."

Though most of the tax-free nonprofit organizations benefit the entire county, city residents are being asked to pay much of the tab. Our leaders must revisit the idea of regionalized taxation and need to work at the state level to reconsider the 100 percent tax-exempt status for 501(c)(3)s.

Actions speak. Community leader Tammy Roche commented at the August ECP meeting, too many of the City of Erie government employees, and even managers, choose to live outside the City.

While a residency requirement may not work, discussing incentives is a must. Lorei has observed "with the exception of Collegiate," Erie schools are "not what people are seeking." We must improve both the reality – and the perception – of Erie's educational system. With the support of area universities, perhaps we could attract families to the city (and strengthen city schools) by providing college scholarships to public school graduates from Central, East, and Strong Vincent high schools.

Emerge 2040 Project Manager Anna Frantz commented that since 1985, "Erie County has built nearly twenty new units of housing for each net new resident." In other words, of the stable 300,000 residents of Erie County, more and more of them choose to move to new developments in the county. Despite having room for 150,000 people in the City of Erie, the urban population is less than 100,000 and has been continually declining. The reduced demand contributes to a spiral of lower-market-values, rising taxes, blight, and crime. For the long-term sustainability of NWPA, our developers need to slow construction in the county and our elected and community leaders need to consider an urban or "no-growth" boundary to stop sprawl, protect open land, and encourage redevelopment within the city (where infrastructure already exists.)

We are in this together. If we collectively abandon stressed areas, they will further decline. Crime will likely increase, affecting the county. Community leader Johnnie Johnson has written in the Erie Times-News about our disengagement in areas of education, voting, and loving "our neighbors as ourselves." Echoing Johnson's call for deliberate and collective civic engagement, Frantz explained in her ETN editorial, "the Erie region's fate is a shared one," and, our challenges must "serve as a call to action." Dr. Martin Luther King, Jr.'s famous admonition is pertinent here: "We must live together as brothers or perish together as fools." 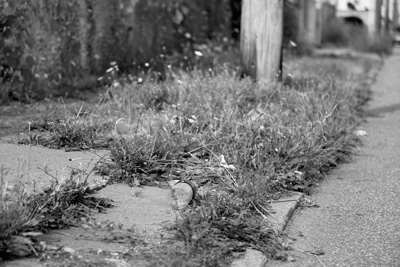 Community leaders are speaking up. In a recent Erie Times-News editorial, longtime political leader, Ian Murray outlined a blueprint for addressing the city's crisis of violence, poverty, and blight. In another op-ed published the same day, successful local business developer Dale McBrier called for "courageous leadership and a get-it-done attitude." Rev. Charles Mock, a member of the African-American Concerned Clergy, challenged Erie's many stakeholders to collaborate and determine the direction of Erie in his ongoing series of opinion pieces in the ETN.

Recently in the New York Times, Robert Sullivan described how Fullilove has spent "thirty years investigating how broken connections … harm public health." Fullilove, a board-certified psychiatrist and professor of Clinical Psychiatry at Columbia University, is an expert in violence and urban and minority health, and serves as the Public Director at the American Institute of Architects. Embracing the "psychology of place," Fullilove has examined mental health and "violence, rebuilding, segregation, urban renewal, and mismanaged toxins." She has authored numerous articles and six books including Root Shock: How Tearing Up City Neighborhoods Hurts America and What We Can Do About It.

Fullilove will speak at 5 p.m. Thursday, Aug. 27 at the Booker T. Washington Center at 18th and Holland streets.  Following Fullilove's talk, Marcus Atkinson will moderate a conversation with Fullilove, Sonya Arrington, Gary Horton, and Rev. Charles Mock. The event is free and open to the public.

Robert Sullivan commented that, too often, planners focus "limited resources on high-wealth neighborhoods" and that the "poor, primarily … minority neighborhoods" are left with "dilapidated housing" and "bridges (being) shut down." Over the next six months, as we finalize the Comprehensive Plan for Erie, we must consider how we can catalyze the inherent "wealth of cities" (transit options; richness of labor pool; variety of goods and services; information exchange; business connections; and educational choices), outlined at the 2015 Preservation Erie Greater Erie Awards by the former Mayor of Milwaukee John Norquist.  We must also ponder Dr. Fullilove's advice regarding how connections – and blockages – in our "built environment" will impact the health and safety of all of the residents of the City of Erie for generations to come.

A draft ECP will be presented in the fall, and will be refined and unveiled in winter. Those wishing to be invited to an ECP community meeting should contact City of Erie Assistant Director of Economic and Community Development Melanie Johnson (814.870.1277 mjohnson@erie.pa.us). Civitas members can be reached at their website www.civitaserie.com, via Facebook at CivitasErie, by emailing Lisa@civitaserie.com, or by scheduling a Friday morning meeting at the Civitas office in the Masonic Building, 32 W. Eighth St. Architect Adam Trott, also a member of Civitas, can be reached via his website: ajtarch.com.