Considering the City: What good is public transit? 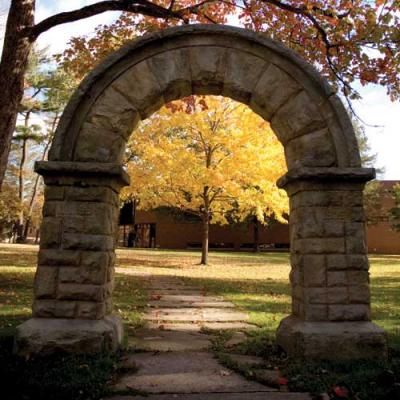 John Renwick, of ATU 568 (Amalgamated Transit Union), organized a rally at Perry Square May 18 to encourage increased funding for "surface transportation" to keep buses and trains running. Renwick commented that transit is "an essential service" providing thousands with "access to employment and independence." Several riders attended the rally. Rick Ketchem, a disabled widower living on $710 a month, was one of them, and said he "depends on the bus." Another, Nykesha Tate, said she uses public transportation to get everywhere she needs to go.

Citydata.com indicates that the average income in Erie is $31,901 while car ownership costs over $9,000 a year (ConsumerReports.org.) According to Diana Ames of the PA Coalition to End Homelessness, buses are one of the "critical pieces" necessary to overcome poverty.

That is, better transit can translate to a better community.

Transit also creates "community." For forty years, Priscilla Lichtenwalter caught the 5:45 a.m. bus at Plum and 28th  streets to commute to work at 901 State Street, the old Marine Bank. Lichtenwalter's daughter, Shelle Barron, remembers her Mom carrying homemade cakes onto the bus to celebrate birthdays and anniversaries and to honor the driver when he retired. In the 1946 movie, "It's a Wonderful Life," George Bailey is shown how his hometown, Bedford Falls, was impacted by his lifetime of good deeds. If Pricilla hadn't taken the bus, Erie just wouldn't be the same.

Lastly, transit supports education. Back in 1902, students living in Erie could commute by trolley to the State Normal School in Edinboro. At 7:05 a.m., an early riser could catch the first of fifteen southbound departures at Union Station. After 14 stops (26th, Kearsarge, Hershey, Guckes Siding, Richley's Grove, Burnam's Siding, McKean, Rugling Siding, Branchvllle, Power Plant, McLean, Stock Yard Siding, Gillasple, and McCammon Siding) the trolley would arrive at Edinboro at 8:08 a.m. Though now buried under asphalt, the tracks along Meadville Street marked the campus "front door." Three of the school's classes commissioned gateways of brick and stone, marked "1908", "1909" and "1910" that continue to wait, in vain, to greet commuters.

Today, most Edinboro University students who live in Erie drive to school. A few, like Mike Barczynski, have to ride the bus. Though Barczynski says getting up at dawn, taking the 7 a.m. bus to Peach Street, catching a transfer to the Millcreek Mall, and waiting for the bus to Edinboro and enduring a daily four-hour round trip "was a pain" he says he appreciated that bus was "free with a student ID." He credits his achievement of making the Dean's List to his "built-in study time" on the bus.

Back in the 1950s, a group of Massachusetts schools collaborated to share resources, to plan joint programs, and to create "inter-campus transportation." Today, this Five School Consortium (Amherst, Mt. Holyoke, Smith, U. Mass Amherst and Hampshire) is thriving. Other consortiums across the country from Ohio to California support transit. USA.streetsblog.org notes that Stanford University estimates $100 million in savings through ride-sharing and public transit that eliminated the need for additional parking lots.

In 1913, city planner John Nolen issued his plans for "Greater Erie." Nolen said, "the prosperity of a city depends to a very large degree on its transportation facilities" and that the transit company is "not satisfying the public with direct routes." One of Nolen's "special recommendations" was to support "the health, the morality, the wealth, and the comfort of the people" by creating "an adequate interurban trolley freight and passenger" system.

To, wit, one-hundred years later, perhaps we should say: Better late than never!

All Aboard Erie and Civitas are hosting a free panel discussion on PHERN (the PA Higher Education Road Network) on Thursday, June 19, 2014 from 7:00 PM to 8:30 PM at the Intermodal Transportation Center Conference Room at 208 East Bayfront Parkway, Erie, PA 16507. Civitas members can be reached at their website www.civitaserie.com, via Facebook at CivitasErie, by emailing Lisa@civitaserie.com, or by scheduling a Friday morning meeting at the Civitas office in the Masonic Building, 32 W. Eighth St..