Jim Wertz talks to the candidate for Pennsylvania Auditor General 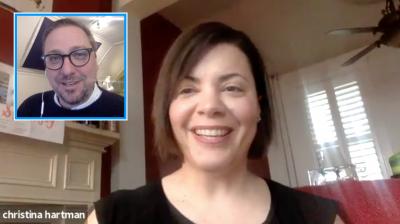 Pennsylvania's primary election remains scheduled for April 28, 2020. This year Pennsylvanians have the option to vote by mail. The process is easy and it's an option we hope you'll consider. First, apply for a mail-in ballot at VotesPA.com. Once you've submitted the application, you'll receive a paper ballot in the mail. Fill it out and drop it back in the mail. You can vote early and safely. The Erie County Board of Elections has even agreed to pay for the postage.

Next in the queue is Christina Hartman. She is one of six Democrats seeking the Party's nomination to hold the Office of the Auditor General. The incumbent Auditor General, Eugene DePasquale, is running for Congress this year in Pennsylvania's 10th congressional district.

Hartman spent much of her professional career in nonprofit leadership before running for Congress in Southcentral Pennsylvania in 2016 and 2018. In our conversation, she outlines that experience and connects the dots to her campaign to be Pennsylvania's next Auditor General.

For more information on Christina Hartman's campaign find her online at christinaMhartman.com.