Candidate for PA Auditor General, the scientist and policy-maker from Philadelphia talks to Jim Wertz 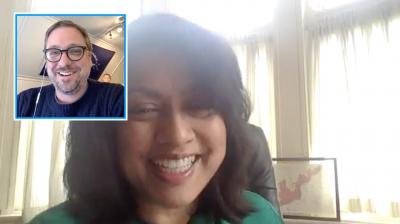 Nina Ahmad is a scientist by trade and an advocate by nature. She was the Deputy Mayor for Public Engagement under Philadelphia Mayor Jim Kenney and she served as the president of the Philadelphia chapter of the National Organization for Women, among numerous other accomplishments. Now Ahmad is one of six candidates running to be the Democratic Party's nominee to replace outgoing Auditor General Eugene DePasquale, who is running for Congress this year in Pennsylvania's 10th congressional district. Here's her story:

For more information on Nina Ahmad's campaign, find her online at NinaForPA.com.