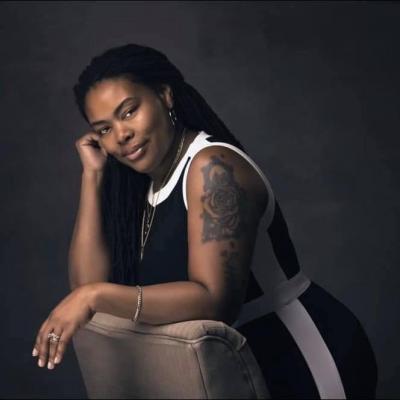 March 13, 2020, the day that the world truly changed for Pennsylvania. This is the day Governor Wolf shut most businesses down completely, including childcare services, event venues, and many more. Folks were already in disarray with the unknown factors surrounding the details of the pandemic, now it has reached many people both physically and financially. Lives are being lost, businesses are closed and so much is unknown as to what happens next.

In my world, the very weekend we shut down my niece Mariah was born. Can you imagine bringing a life into the world that has just been shut down? Can you imagine your only source of income being temporarily blocked when you have to care for a family and newborn? With her mother being in the childcare industry as well as myself, this is an issue we as well as many others faced. Anxiety went into a state of overload during this time. With venues mandated to close, this also cut off a secondary source of income and quite frankly created a sense of panic for me. Refunding and rescheduling now became a priority during a time when I did not know what was going to happen next. I watched thriving small businesses struggle and some even closed. People who were carrying a family legacy for years were forced to shut their doors for good. Jobs were lost and, in some cases, hope as well. Finally, temporary relief came for the childcare industry to continue to operate and sustain. Many providers have overhead costs that continue whether they are in attendance or not and with so many unknowns we had no idea when things would be back to business as usual. For some providers, including myself, things still are not back to Pre-Covid-19 conditions. Many parents stopped working and lost childcare which means the facility lost children and the business loses funding.

Along came the SBA PPP (Payroll Protection Program) as well as other loans and grants that were being offered to assist in supporting small businesses. Many people did not have access to information on obtaining this funding, especially in the minority community. Thankfully through my personal networks, I was able to obtain information and work with my bank early enough to receive funds during the first round as well as let others know about the funding. However, my requested amount was not granted, with half of what I requested I chose to use all the funding to pay employees during the three-month time period we closed. Unfortunately, after using all the funding in what I thought was the best way, paying employees as if they were working although they were not, did not so much work for me. Many employees did not return after we reopened, and I was forced in a position to hire immediately during a time that between unemployment and other payments were paying folks more than what they could make hourly. Help arrived but as the months continued more and more families had parents were out of work which means childcare funding ends and we lose families. Although we did gain our Keystone Stars 4 Star rating, staffing struggles meant not accepting new clients to replace the children who were losing childcare.

Thankfully, venues were able to reopen at a limited capacity, people were growing restless and ready to socialize under the new Covid-19 guidelines which opened another stream of income back up. As a mother of five with a million and one responsibility including paying for two business overheads, every penny counts. With my husband running his boxing gym out of our location downtown which is free for youth, and myself trying to provide opportunities for small business owners to participate in pop-up shops hosted here at no cost to them, I definitely didn't want to lose anything that would cause more grief to those who benefit from the space. One of my biggest priorities during this time is not only to look out for myself but also for other small business owners who needed information as well as opportunities to promote their business. These pop-up shops mean a lot to those who attend, not just financially but also a boost in hopes of a sense of normalcy returning. Knowing this is the only payment needed for me to help others especially during a time when we still do not have a clue how life will be as we go forward. With everything canceled, from music festivals to seeing your favorite band live on stage, ways to safely operate and socialize were necessary.

When boredom strikes and masks take the win. I can not imagine the true thoughts running through my children's heads. Wearing a mask and standing six feet away just to socialize with friends, when you were just hanging out together, playing ball, and practicing doing each other's make-up. Going from daily interactions with peers in the classroom to zooming your teacher and hearing all the background noise from your classmate's house while trying to learn. The frustration behind the lack of internet access or in some cases quality internet access. The advocacy and push that I gave for hot spots to be distributed to our students have been ongoing. Tik Tok, Netflix, and Prime usage have been at an all-time high in households. With summer being shut down, I can only imagine the amount of frustration felt by individuals and families who are used to traveling on vacation and visiting family. Not to mention the Covid-19 weight that many folks including myself have gained. How do we get back to normal or even close to it? Only time will tell.

The losses that some of us have incurred came in more forms than money. Many of us lost family and friends due to Covid-19 and other reasons this past year. Early last year while in the middle of a school board zoom, I received a notification that my uncle had passed away. Due to Covid-19, we had to say our last goodbye via Facebook live stream. Throughout the year my father spent months in either the hospital or nursing home for rehabilitation. With losing our mom just a few years ago, it was crushing to have to video chat with my dad just to see how he is doing. I appreciate how some of the people who worked with him used their personal resources to help us at least see his face. Hospital restrictions were very heavy as well and often forced us to make the hardest choice of which child would get the wrist band to enter. With nursing homes being understaffed and overworked we decided to bring my dad home. Spending time with him meant everything during this pandemic as it made me realize how things can change so quickly. I watched him go from walking to needed assistance and finally to bedridden. As if 2020 did not show us enough a week after my fortieth birthday my father passed after battling cancer and other health issues for over twenty-five years. His first bout with cancer started when I was just fifteen. Now it is just my siblings and I trying to find our way during a time when so much has been lost or changed. Our parents were the glue that held us together now who or what will be glue. I have watched the change in my family and siblings as they deal with grief and isolation. I have also watched the many others who have had to deal with so many challenges throughout this time and my heart goes out to each and every one of them because I know that others have suffered much worse. I feel for our students who struggled with online learning and the parents who had to work, teach and manage their households. Advocating for increased mental health supports for our students has been huge for me. As well as making adult mental health services more accessible too. Thankfully, video appointments came into play for those who are not able to make face-to-face visits, including my twin girls who have a hard time with masks but still need their medication management for autism and ADHD.

Is there a light at the end of the tunnel?  Yes, I believe there is one and we are starting to see it. Although there have been many challenging and changes during this time, some good things have occurred. Many entrepreneurs were produced. Online business is booming, and hobbies have turned into paid opportunities.  Families have had a chance to spend more time with each other and build stronger bonds. Vaccinations have also arrived which brings hope that outside will fully open and be safe again. At some point, we will lose the mask and the bacne, according to my teenage daughter this is what we are calling acne produced by the mandatory masks. Folks have started traveling under restrictions, which provides people the opportunity to have a change in the environment outside of a few rooms in their home or office. People are feeling safe to return to work and schools have reopened. Some businesses are reopening and hopefully, some of the funding that hits the region can help support them and possibly reopen ones that have shut their doors for what they thought was going to be permanent. Hopefully, it will only be up from here. Not just for my family but for everyone. I encourage everyone to pray for the best, be kind and lend a helping hand when able. As we see a lot can change from day to day, live without regrets, and stay safe.