COVID-19 Vaccine Criteria: How Obesity, Smoking, and Substance Abuse Can Be Qualifiers for Status 1a 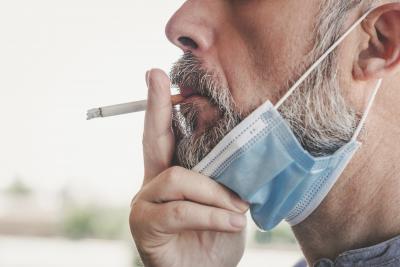 For those struggling to get scheduled for the COVID vaccine and find places that administer it, this piece will make one shake their head. It is the hope of this writer that this editorial will not only reveal the absurdities of government guidelines, but it may also provide readers a much-needed chuckle as we struggle through the current pandemic.

While anxiously waiting for vaccines to become available for more people to be deemed ready to vaccinate in Pennsylvania, this article will take a closer look at the guidelines that qualify individuals to be vaccinated. Guidelines for Pennsylvania and Ohio were examined. What one finds may be surprising. In Pennsylvania a startling fact is true: if a person is a smoker, or obese, they are grouped in phase 1a, but if they are on the front-lines dealing with the public, such as a grocery store worker, or a restaurant server, those individuals do not qualify as of now.

If the idea is to protect the public from exposure to the virus, why wouldn't the government make sure that those working in direct contact with the public were protected first? Why does smoking, which is a behavior of choice, allow smokers get the vaccination sooner than people who were born with some type of disability that seriously hinders their health? In Ohio, 1a status is given to all developmental disabilities.  The government is saying it's okay to engage in destructive behaviors. If one has a disability, the government is now classifying which type of disabilities qualify first, but not explaining how they're doing it and why. Pennsylvania's guidelines do not specify whether conditions like severe Asthma or those that are trache dependent are eligible for group 1a, at least not in the information that is readily available to the public. The question needs raised concerning how criteria are determined and who finalizes these determinations. How can people that live with disabilities that need a trache or have severe breathing problems not qualify for 1a status yet people that smoke or abuse substances? Check the guidelines. If one lives in Ohio, and has a substance abuse problem, that individual can also qualify in 1a status.  However, if one is obese, and lives in Ohio, they do not qualify in 1a status. After examining both Pennsylvania and Ohio guidelines, one is left asking why the differences? Especially when considered it only be a difference of a 20-minute travel time from state borders. The rate of distribution of the vaccine is also different between the neighboring states. Ohio is in phase 1b, while Pennsylvania lags behind in phase 1a.

Why? Is it a lack of vaccines? Manufacturing time? A lack of distribution sites? State Populations? Or the political affiliations of the governors? Vague national guidelines? According to the CDC, "Each state has its own plan for deciding who will be vaccinated first and how they can receive vaccines." The CDC has continued to make further recommendations, but the Federal Government has failed to make to guidelines uniform and has left implementation to state discretion.

Suggestions that could aid in the vaccination roll-out free-for-all that's going would be: First, the Federal Government should mandate that states will be penalized a certain amount of Federal dollars if they fail to adhere to national guidelines. Second, no matter the Phase there should be a waiting list developed for the next phase of distribution (using census records may be helpful). Third, residency requirements should accompany the distribution of the vaccine, so individuals living in their respective states obtain the vaccines quickly. Special exemptions should be made, such as distance between one's home and a distribution center.  Fourth, create a vaccine need guideline in all communities. If there's a community that has a higher elderly population, send that community more vaccines first.

Being a resident of Pennsylvania, I feel that if Dr. Levine, the former Secretary of The Department of Health for Pennsylvania, and Governor Wolf put a little more thought into how the distribution was going to be handled, we might have a stronger hold on COVID right now. What was important was for all of us to wash our hands and sing "Happy Birthday" twice.

As the country waits on governors to make further COVID-related decisions, a piece of sarcastic advice is if you live in Pennsylvania one may want to consider lighting up and gaining a few pounds. If one lives in Ohio, one can always grapple with the issue of if becoming a substance abuser worth the risk. I suggest we start demanding specific national COVID vaccination guidelines. If better national vaccination guidelines were put in place, we may be a step closer to bringing the nation together instead of tearing it apart. Why was this not the first problem handled by President Joe Biden? America needs a leader, and so do the governors. Step up!