Dafmark Dance theater offers "a window into the present beat of our lives." 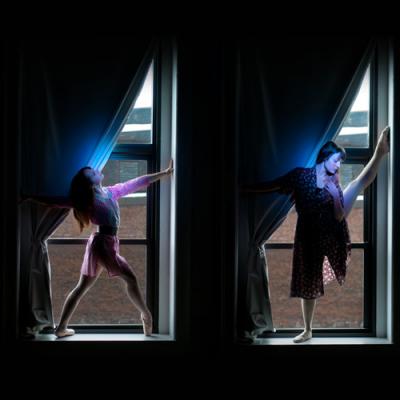 There is music in our lives – the thump of a heartbeat, the patter of raindrops on the roof, the clack of a keyboard at work.

In the city, the rhythms are less synchronized – car horns, police sirens, the soft thuds of pedestrians' feet on the sidewalk. But if you listen, they are there.

Dafmark Dance Theater will bring these movements to the stage with its upcoming production of Urban Beat, billed as "a window into the present beat of our lives."

Now 25 years old, Erie's Dafmark Dance Theater was founded by Dafna Rathouse-Bair and Jean-Marc Bair as a way to offer a "unique, creative, and educational experience in the art of dance that is steeped in social consciousness." It's a company that blends the modern with the traditional and dances along the edge of expression. Performances of original works range from the traditionally beautiful to the fantastically absurd, merging performance art and installation-art elements.

Just last November, an Indiegogo page was set up for Dafmark, as administrators sought the support to keep the company's doors open in 2015. The company wanted to raise $5,000 for this year's rehearsal and performance fees – they made it about halfway to their goal, but are continuing with their work on their Silver Anniversary.

This weekend, support the company committed to bringing meaning to movement in the Erie area, and experience an interpretation of the music of our lives in the way only Dafmark can. It's as Jean-Marc states on the company's website: "Dance is a mosaic of time, a chance to transform and be transformed, a means to connect the self to other and to our times." — Sara Toth