A thrilling journey on its own, it doesn't need the film to stand out 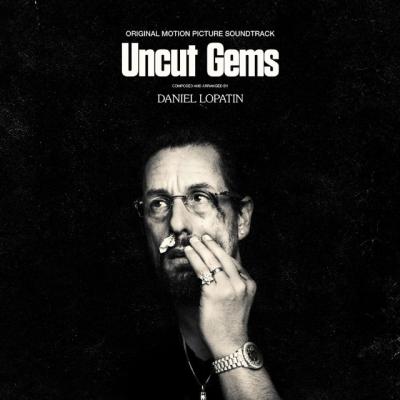 Uncut Gems is not Daniel Lopatin's first collaboration with the Safdie Brothers. In fact, Lopatin also scored the pair's last film, 2017's neon-soaked crime drama Good Time. It is interesting, then, that Lopatin decided to use his full name as opposed to his critically acclaimed alias, Oneohtrix Point Never — especially considering Uncut Gems is one of his most fully realized accomplishments yet. Without having seen the film [not yet released at the time of this writing], and with only sparing clips of dialogue, Lopatin excels at creating a mood based on a combination of electronic noises, organic instruments, and even sound collage. We don't, for example, need to know much more about the scene it scores to understand how tense a synth piece like "School Play" really is. And for all of its lush production, that is still where Lopatin's primary talents lie; shimmering synths coat the six-minute opening title track, occasionally interrupted by indecipherable yelling or jazz-like horn accents. It sets a tone for uneasy listening throughout, only sometimes replaced by a reassuring soundscape. Put simply, Uncut Gems OST doesn't need a movie to make sense; it's a thrilling journey in its own right.