"It's easily one of 2019's most essential hip-hop albums" 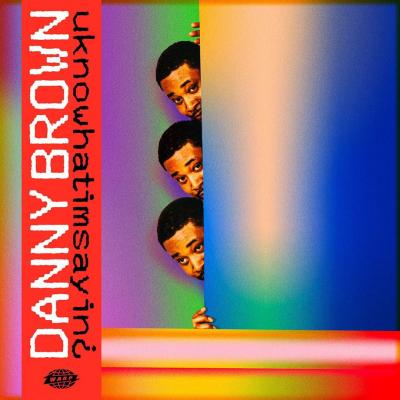 Danny Brown is nothing if not eccentric. Ironically, U Know What I'm Sayin? — an album Brown has called his "stand-up comedy" album — is his most straightforward and toned down, while retaining the rapper's penchant for punchlines and wordplay. This is the fifth studio album released by the 38-year-old Detroit rapper, with 2013's Old and 2016's Atrocity Exhibit being two of the most critically lauded releases of their respective years. This one balances out as Brown's most cohesive — and potentially, his best — album yet. At times, like on opening track "Change Up" and single "Best Life," Brown's delivery is uniquely calm, landing with the cadence of Andre 3000. But Danny Brown is still Danny Brown, and on tracks like "Dirty Laundry" and "Savage Nomad," he raps like it. Brown is at his best when he's tip-toeing around playful beats from a producing superteam comprised of Q-Tip, Flying Lotus, Thundercat, JPEGMAFIA, and more. These moments are only made more dizzying by features from Run the Jewels, Blood Orange, and yes, even Q-Tip. U Know What I'm Sayin? isn't just an essential Danny Brown album; it's easily one of 2019's most essential hip-hop albums.