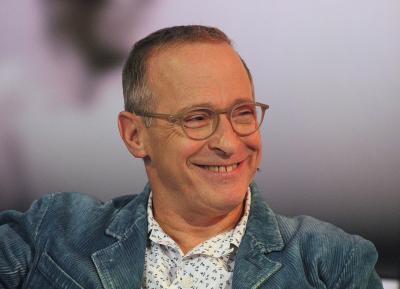 It's no secret that we here at The Reader are fans of David Sedaris, as he's continued to frequent our pages throughout the years and influence our writing staff (this author included). Now, in his fifth Erie appearance, we're just as excited as ever for him to show off his mastery on the Mercyhurst stage.

A man of many talents, Sedaris is foremost a humorist and comedic author but has also found success in his radio contributions to NPR, PRI, and BBC Radio. If you ask anyone who has had the pleasure of meeting the author, they will likely describe him as brutally honest and fiendishly funny.

His big break came when radio host Ira Glass discovered him in Chicago, leading to Sedaris' reading of his first major essay on NPR, titled "Santaland Diaries." Detailing his experiences working as an elf at Macy's during the Christmas season in New York City, the essay was a major success and opened the door to Sedaris' further works that we know and love today.

Whether it's in his debut collection Barrel Fever, the wildly popular Calypso, or any works in between, there's something for every reader to enjoy in Sedaris' blunt, sardonic, and hilarious delivery, both on the page and on the stage. Folks won't want to miss Sedaris' presence (and outfits) as he finds himself on the Mercyhurst stage once more.

Be sure to bring along a copy of your favorite Sedaris work or buy one at the venue, as his website advertises that he will be doing a Q&A and book signing following the main reading — the author known for his expectedly hilarious personal inscriptions.

Sedaris' next essay collection Happy-Go-Lucky, the newest collection since 2018's Calypso, is set to hit shelves May 31. — Ally Kutz