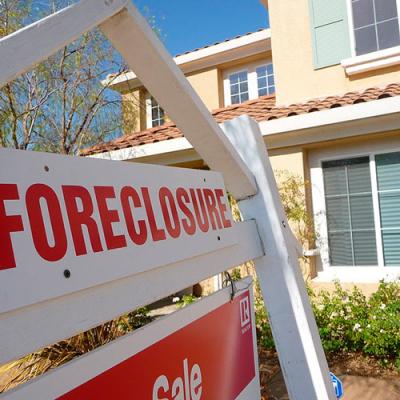 When it comes to affordable housing development, Erie should take note of Jersey City.

In short, Fulop's administration restructured tax abatement based on geography and income levels to more evenly distribute the opportunity for — and enticements of — development in areas not coveted by developers. Previously, contractors in Jersey City "created a culture of artificial competition with parts of the city" without "foresight for future development in those parts of the city where it is needed most," read the press release from Fulop's office issued two years ago.

That is, the lack of smart, forward-thinking policy concentrated market-rate development to attractive, already-developed areas that continued to boom, vastly tipping the scales even more pronouncedly in favor of the already-haves.

What's refreshing is the sense of urgency and self-awareness in that release: "Real estate development is crucial to building a city; however, unfettered development does not guarantee the City of Jersey City will succeed in realizing its full potential."

What's more is its prudence: "To excel, the City must adopt a thoughtful, reasoned, comprehensive development strategy, then properly and efficiently manage the resulting development."

"What makes the Jersey City plan innovative … is that it varies the level of the tax incentives for development based on the market characteristics of the neighborhood," Alan Berube, senior fellow and deputy director of the Brookings Institution's Metropolitan Policy Program told CityLab. "Too often cities fail to use these incentives strategically, or they spread them around like peanut butter."

Without breaking down the financial nuances to a decimal point, the four-tier plan provides incentives based on the needs and degrees specific to a particular zone. Simply put, the greater the need, and the more investment addresses present challenges, the greater the tax break, which in turn encourages more equitable growth opportunities throughout the city.

The greater the need, and the more investment addresses present challenges, the greater the tax break, which in turn encourages more equitable growth opportunities throughout the city.

Despite boasting more than twice the residents of Erie in its urban core, Jersey City is an apt comparison, which also saw its population, job market, and investment shrink in the 1960s and '70s. And like many U.S. cities, both Jersey City and Erie witnessed the redistribution of population in the wake of those challenges. Jersey City saw residents flock to walkable, downtown waterfront neighborhoods, whereas Erie suffered sprawl as residents migrated to suburbs – and development followed.

As tax abatement, LERTA, which operates under a sunset ordinance and was last updated in 2012, currently offers 50 percent tax reduction for development over a 10-year period. LERTA will be up for review in 2022.

But it operates more like Berube's peanut butter than Fulop's progressive tiered approach. And with the City of Erie's first-ever Comprehensive Plan underway, we cannot afford to wait seven years to tweak or (hopefully) overhaul incentives for developers, as we face our housing crisis now.

First, Charles Buki and his CZB team (who've been hired by the city for the Comprehensive Plan) have inventoried the city and created a zoned grid. We now know where we need to focus efforts based on current housing and development.

Second, LERTA – or a new initiative – should prioritize the zones most in need by establishing clear criteria to drive incentive-based development.

Third, we need to build for all, not for some.

Mixed-use market-rate development in underdeveloped areas boosts tax revenue – even with abatement – because new development is better than no development, as it strengthens the tax base. Sometimes it takes a carrot, not a stick – or worse, nothing – to affect change.

Why not encourage more development with smart, strategic planning in Erie? After all, it attracts diverse residents who'll reshape, redefine, and repopulate those neighborhoods. $170,000 townhouses and condos overlooking an urban scrap yard with the artificial aroma of beef-n-cheddars wafting about don't.