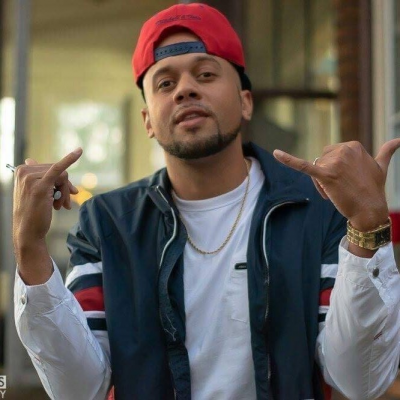 Over a thousand hours of sweat, dedication, and most importantly hard work, is the reason we can all finally receive a taste of every ingredient that makes DJ Salt's The Recipe delectable.

Local hip-hop artist Collective Thought, who appears on the album and will be performing at the album release show at the King's Rook Club, says he was honored to "add some seasoning to the flava" on Salt's "outstanding work of art."

The time has finally come as DJ Salt is prepared to release and showcase his newly produced album, The Recipe. For the music, you can expect to hear genres such as conscious rap, modern melodic trap-type rap, speed rappers, soulful sounds, and more. The event will also feature a mocktail bar, light hors d'oeuvres, merch from various artists and clothing brands (including Salt's own Flavaful Sound), hot food by Erie's own Ghetto Chef, a Mishka vodka tasting, a photo booth, as well as DJ Vanni spinning the turntables all night.

This will be a full night of entertainment — with an astounding 24 artists on the bill including CEE Brown, Jonny Evans, Aaron Rennel, and Shai Boogie — that will only be the start of DJ Salt adding more heat to the summer weather. He states, "I think that The Recipe is comparable to a blueprint, something that artists and producers can refer back to years from now that want to create a dope project such as mine. I am very pleased with it and I believe anyone of any age or music style can appreciate and learn from it."

So if you're looking to see and hear a little sugar, spice, and everything nice, this will be the event for you not to miss out on. Also, "The Recipe" will be on all streaming platforms after the event for all your listening pleasures. Are you ready to absorb the heat? — Symoné Crockett