Do you prefer your history as gritty realism, stylized thriller, or hagiography? 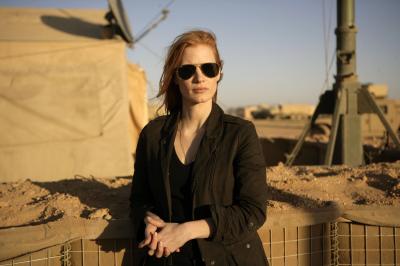 Three big historical dramas ("Argo", "Lincoln", and "Zero Dark Thirty") are nominated for the big prize this weekend: Best Picture at the Academy Awards. Each tackles its subject in different ways.

Two of these films essentially play like historical procedurals – "Lincoln" and "Zero Dark Thirty" – but the manner in which their stories are delivered couldn't be more different. "Lincoln" is well-shot, Daniel-Day Lewis disappears in the role, and the age-old political games angle is interesting to a point. However, aside from the final 30-minute swell of activity, I found the stage-setting to those history-defining moments somewhat lazy, as they banked on the audience's nostalgia for the character. The representation doesn't feel honest. "Lincoln" will be great entertainment for people who idolize their historical figures like the Greeks did their gods.

"Zero Dark Thirty" on the other side is appropriately muddy. Certainly not propaganda, its representation of the characters is much more honest. There are a lot of moral gray-areas in "Zero Dark Thirty", but instead of romanticizing its protagonist, the filmmakers keep Jessica Chastain's "Maya" at ground level, as the frustrations and potential leads are uncovered, creating a more engrossing and engaging experience for the audience. It's a nuanced performance, and Chastain, like Lewis, delivers in spades. When that "jackpot" moment arrives, it doesn't feel like a high-five American success; it feels like a relief, portrayed perfectly in its final, intimate scene when Maya, a woman recruited out of high school who spent her entire career on a single assignment, gets a moment alone to take a breath. The audience feels it too. No manipulation needed. Just masterful filmmaking.

"Argo" is a shockingly bizarre true story brought to the screen to near-perfection by actor turned director, Ben Affleck. The film looks right at home in 1980 and features a stellar cast with no weak links. This film is so well-executed and polished, you feel like you are right there in Iran through the protests, in hiding, and during the orchestrated, nerve0-racking escape. Affleck's style is more in line with a mainstream Hollywood thriller. He pulls the audience into the story in a way that is both fun and exciting. The ending has been changed to make a more thrilling conclusion, as virtually all of the obstacles the embassy members faced in the final act where non-existent in real life, but the choice was the right one for this style of historical retelling.

Whichever form you prefer your historical drama to be packaged in one thing's for sure - 2012 was a fantastic year for film of all genres. No matter who goes home with the big prizes this Sunday night, we were all winners this year.

I saw these films at Cinemark's Tinseltown 17 Theatres on Peach Street in Erie. Click for show times.