Does Domestic Violence Spike During the Holidays?

Studies are inconclusive. But they do show that domestic violence in the U.S. is pervasive, destructive, and often ignored. 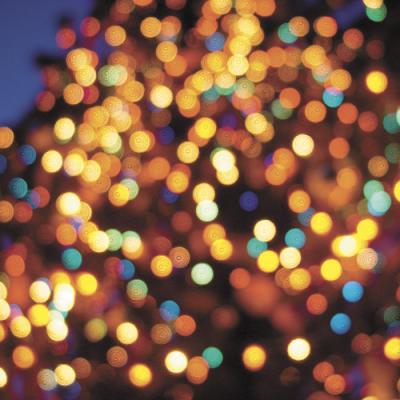 At first, this declaration seems unrealistic (and it should, it's a lofty statement) and her words were trending on the Internet for a few days before sizzling down. But it turns out, her statistics check out.

PunditFact – a news organization that checks the "accuracy of claims by pundits, columnists, bloggers, political analysts, the hosts and guests of talk shows, and other members of the media" – broke down the statistics on their website in an article posted on October 7, 2014. The U.S. Bureau of Justice Statistics reported that 10,470 women were killed in intimate partner homicides from 2002 to 2010, while there was a total of 9,838 casualties from the terror attacks of 9/11 and the wars in Iraq and Afghanistan. According to PunditFact, that tally is even lower when you exclude non-Americans who died on 9/11 such as non-U.S citizens visiting New York City, or any non-U.S citizen on one of the planes, who died as a result of the attacks. (The breakdown and citations of these statistics, listed at the PunditFact website, is highly recommended to anyone who wants more transparency regarding Steinem's claim.)

The U.S. Bureau of Justice Statistics reported that 10,470 women were killed in intimate partner homicides from 2002 to 2010, while there was a total of 9,838 casualties from the terror attacks of 9/11 and the wars in Iraq and Afghanistan.

So as Robyn Young, Director of Counseling Services at SafeNet Erie reinforces when we talk, domestic violence – or interpersonal violence, dating violence, or relationship violence as it's often called – is something we should be more aware of not only because it's happening everywhere and all the time, but also because it can affect anyone, at any age, and of any sex or sexual orientation. SafeNet, the only accredited domestic violence agency in Erie, has been delivering free services for over 40 years.

In reference to the news articles that trend every December suggesting, or often insisting, that there is a spike in domestic violence around the holidays, I ask Young about SafeNet's busiest time of the year. "When it gets closer to the fall holidays things slow down a bit," she explains, "then in January they tend to pick back up."

But it's hard to say whether or not domestic violence increases around the holidays. Unlike Steinem's statement, calculating and understanding domestic violence statistics is a bit more challenging for many reasons: Studies aren't comprehensive enough and often contradict themselves, data varies wildly from city to city, much research is based on anecdotes, and interviewees answer differently depending on their relationship to domestic violence (ie: someone working in a nonprofit is going to have a different understanding of domestic violence than someone in law enforcement or a victim).

It is also important to note that typical holiday emotions or activities – like stress or alcohol consumption – have the ability to make a domestic violence situation more fatal, but they do not cause it. "Domestic Violence is typically a learned behavior," says Young. "Children learn about relationships from the adults around them when they're growing up. If a child grows up seeing domestic violence, they will often repeat the cycle."

The National Resource Center on Domestic Violence breaks down existing information in a document about assisting victims, titled Domestic Violence and the Holidays: Technical Assistance Guidance. They cite one study from Idaho in 2005 that examined police incident reports of intimate partner violence and found that domestic violence reports were higher than the normal daily average on New Year's Eve and New Year's Day, "with New Year's Day averaging 2.7 times more incidents of domestic violence than the normal daily average." Another study from a "large U.S. city" in 2010 found that the number of incidents reported on New Year's Day was higher compared to the daily average.

However, data from the National Domestic Violence Hotline for 2004 to 2010 shows that the number of calls actually drops during the holidays. In 2010, For instance, they report that they received only 376 calls on Thanksgiving Day, but on average they receive 751 calls per day. And this decrease in calls happens in every year examined (2004-2010) for every holiday. While some of these decreases are not as dramatic as Thanksgiving of 2010, they are nevertheless measurable.

So what's going on here? "It's my opinion that the added stress of the holiday bills, lack of income, etc. make things tenser," says Young. This theory accounts for the general rise in calls starting in January that SafeNet sees and often throughout the holiday season. However, on the day of holidays, people tend to be a little more, for lack of a better word, forgiving of their abusive partners.

This of course makes sense: Victims who are parents don't want their children to see them hurt during a time often celebrated with family and friends, so they may go out of their way to not upset their abuser. Or, victims are surrounded by people on the holidays, giving the abuser less alone time with a victim.

Additionally, it's important to keep in mind that not every abuser is abusive all of the time, stresses Young. "When they aren't hurting their partner, they are often acting in sweet, loving types of ways." This is especially true around the holidays.

Whether or not domestic violence spikes around the holidays is really irrelevant, anyway. We can all agree that it's destructive and certainly doesn't stop during the holidays.

Whether or not domestic violence spikes around the holidays is really irrelevant, anyway. We can all agree that it's destructive and certainly doesn't stop during the holidays.

Domestic violence is also largely ignored in the U.S., as Rebecca Solnit says in her piece, "A Rape a Minute, a Thousand Corpses a Year: Hate Crimes in America (and Elsewhere)." There is a "pattern of violence against women that's broad and deep and horrific and incessantly overlooked," she states. "Occasionally, a case involving a celebrity or lurid details in a particular case get a lot of attention in the media, but such cases are treated as anomalies, while the abundance of incidental news items about violence against women in this country, in other countries, on every continent including Antarctica, constitute a kind of background wallpaper for the news."

However, when these occassional cases involving a celebrity do happen, calls to domestic violence hotlines increase. An article in The Atlantic last December on the spike of domestic violence during the holidays reported that in the aftermath of footage of NFL player Ray Rice punching his then-fiancée, calls to the "National Domestic Violence Hotline jumped 84 percent according to Katie Ray Jones, chief executive officer of the National Domestic Violence Hotline." That's quite the leap.

So it seems that any media attention regarding domestic violence leads to a heightened cultural awareness about abuse. And that awareness hopefully leads to a victim making that first hotline call.

With this in mind, here is what you can do: If you think you know anyone who may need assistance, encourage them to call the confidential SafeNet number at 454.8161, where someone will always answer and be available to discuss options. Or, show them the SafeNet website at safeneterie.org, where there is even a "quickly leave this page" function that when clicked will instantly take the web user to another site if she or he needs to leave the site quickly in order for someone else not to see.

It's also good to keep in mind that not every victim can easily pack up and leave, so don't be forceful with your recommendation. "We all want to see someone leave and be free of the fear that comes with domestic violence," says Young. "However, statistically people are 75 percent more likely to be killed or injured after they leave. Therefore, pressing someone to leave may not be the best thing. Every situation is individual."

Even parents in particularly dangerous relationships do not want to separate their family during the holidays. The best way to help is to stay aware of local services and recommend them in private whenever possible.

Domestic violence awareness – and the direct action awareness inspires – are sure ways to fight abuse. Whether it's a victim calling a hotline, or bystanders privately recommending a hotline because they heard a PSA, or read an article, or saw another victim on TV, these actions literally save lives. Every life is worthy of an abuse-free environment and it's never too late to call.