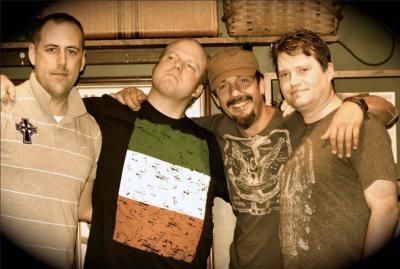 Taking the name of Pittsburgh rock icon Donnie Iris in vain and being attached to that city's FBI violent crimes task force both seem to require a lot of nerve.

But to Ricky Manning, frontman of Pittsburgh's Donnie Irish Band, the former is much less bold than the latter.

"We hope that he (Donnie Iris) is honored and somewhat amused," says Manning, who is a detective sergeant with the Allegheny County Sheriff's Department. "And we've yet to receive a cease and desist letter."

Manning and his band will be performing a benefit concert to raise money for Edinboro University's Ryan Cappelletty Scholarship Fund at Molly Brannigan's on Saturday, November 23, from 7 to 10 p.m. Cappelletty was a McDowell High and Edinboro University graduate who was killed in his first year of service as a police officer in Chesterfield County, Virginia in 2003.

This is the third year that Manning has been involved in raising money for the scholarship, but the first time that his Donnie Irish Band will be the featured performers. In past years, Manning (known as the "Singing Detective") also appeared in a solo concert in Edinboro University's Cole Auditorium, where he showcased a voice that earned him an audition with legendary conductor Marvin Hamlisch and multiple performances with the Pittsburgh Symphony Orchestra.

But the focus this year will be on classic rock covers and traditional Irish tunes, a musical blend that makes Molly Brannigan's the perfect venue. The band is known for putting a lot of rock and drive behind the traditional Irish music that they perform, and Manning's skill on the bagpipes would make the Dropkick Murphys proud.

"We're happy to make the trip up I-79 for this cause," Manning says. "Ryan Cappelletty made the ultimate sacrifice. This is good for his family, and good for Edinboro University." — Tony Peyronel