Earth Day in the Time of Trump 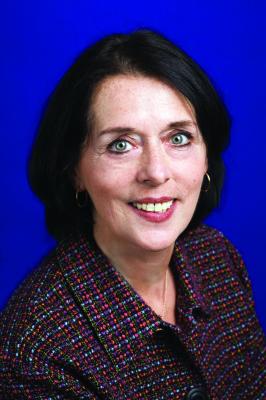 Scott Pruitt's efforts to dismantle the Environmental Protection Agency, the agency he was tabbed by Trump to lead, have not yet eliminated Earth Day, but once he finds out the day was designated in 1970 to celebrate clean air, land, and water, it, too, could disappear along with regulations designed to protect the planet.

All the more reason to attend the timely Climate Reality March in Perry Square this Earth Day, Sunday, April 22, from 4 to 5 p.m., and the latest Charlene M. Tanner Series lecture at Mercyhurst University, Monday, April 23, at 7 p.m.

Lois Gibbs, a pioneering advocate for environmental health and justice, will issue a call to action at both events as she shares her personal story, from Love Canal to the present.

If anyone can bring hope for change in challenging times, it is Gibbs. Forty years ago, the then-27-year-old housewife discovered that her child was attending an elementary school built on top of a 20,000 ton, toxic-chemical dump in Niagara Falls, New York. Out of desperation, she organized her neighbors into the Love Canal Homeowners Association and struggled for more than two years for its relocation. Opposing the group's efforts were the chemical manufacturer, Occidental Petroleum, and local, state, and federal government officials who insisted that the leaking toxic chemicals were not the cause of high rates of birth defects, miscarriages, cancers, and other health problems. Finally President Jimmy Carter delivered an Emergency Declaration, which moved 900 families from this hazardous area, a victory for the grassroots environmental movement.

Once families were relocated from Love Canal, Lois's life was changed forever. She founded the non-profit Clearinghouse for Hazardous Waste in 1981, renamed the Center for Health, Environment, and Justice (CHEJ), to help train and support local activists with their environmental work. Today she continues to help communities like Flint, Michigan, battle environmental threats to their health and well-being.

"One place I always tell people to get involved is locally," she told an audience last fall in Medford, Massachusetts. "We are not big enough to deal with climate change on a grand scale, but if everybody worked from where they are" they would "create a beautiful, green, clean community," a place that is "eco-friendly and where people want to live."

A 2017 HBO documentary, Atomic Homefront, follows the unfolding crisis in St. Louis, Missouri, a major metropolitan area that lies dangerously close to a large landfill containing radioactive uranium waste and an escalating underground fire. Gibbs is working with a group of moms-turned-advocates as they confront the EPA and local and state officials and fight for testing and remediation.

Gibbs Erie lecture is part of the Charlene M. Tanner Speaker Series endowed by Doris Cipolla and co-sponsored by the Mercyhurst University Sustainability Office and the Evelyn Lincoln Institute for Ethics and Society.

If I were Scott Pruitt, faced with citizen activists mobilized by Gibbs, I'd be shaking in my boots.