Ellis Looks Back to See Forward 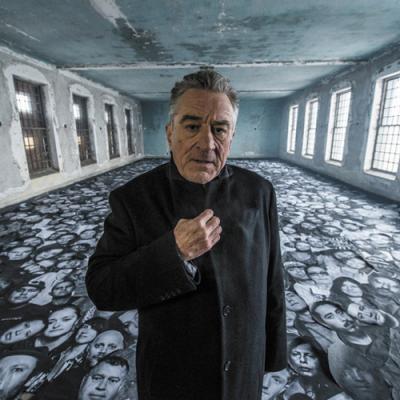 We can often trace our roots to it. That single point at the tip of the funnel that served as the gateway to independence, opportunity, and a land of the free and home of the brave. Where dreamers could dream, makers could make, and doers could stare out at the horizon bearing witness to plenteous potential. For many, Ellis Island was the chamber through which the old world passed into new.

Captured in a narrative, short film, Ellis explores immigration with Academy Award Winner Robert De Niro at the center, Academy Award Winner Eric Roth behind the words, and renowned anonymous French artist JR guiding the direction. Thanks to local artist Michael Engro, the film will be screened at the Erie Art Museum at 6:45 p.m. on Wednesday, Nov. 11, with a ticket price of $5.

"I have followed the artist JR and his large-scale collaborations for about ten years now," Engro said. "JR posted an open call on Instagram to host screenings nationwide, and I jumped on it … and was selected to host a screening in Erie."

JR's UNFRAMED art installations depicting immigrants and their stories populate an abandoned Ellis Island Hospital complex that serves as the setting for the "forgotten story of the immigrants who build America," the film's description reads. "It is the story of the ghosts of our country's past, the individuals who fled poverty, discrimination, and dictatorships for a chance at a new life." The film's dark images augur similar struggles endured by New Americans and capture challenges faced by immigrants throughout the world seeking something better somewhere else.

"As an artist, I'm honored to be able to share an important work by one of my favorite artists with my hometown," said Engro, whose own ancestors passed through Ellis Island on their way from Italy to America. "I spent a lot of time doing street art in Philadelphia, and JR is arguably one of the top five most influential street artists on the planet. JR and his works regularly influence my own artwork. I hope to create art on the giant scale that he does with my own works someday soon."

Engro, along with Erie Mural Arts partner Tom Ski, will conduct a live mural during and after the screening, as part of fulfilling the mission behind these nationwide screenings to be "creatively implemented" and provide "an opportunity for conversation on immigration today."