Emanuel Ax Tips the Scales for the Erie Community

The Erie Philharmonic have coordinated three days of community outreach events to stoke an interest in classical music. 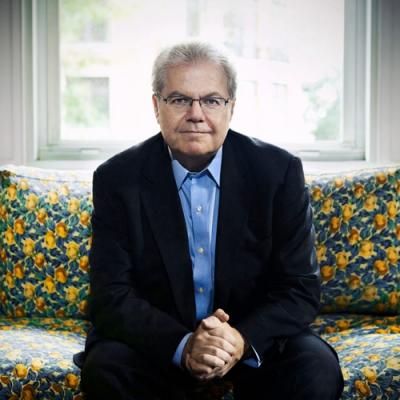 To quote Erie Philharmonic Executive Director Steve Weiser, Emanuel Ax is "not just a guy off the street" where playing piano is concerned – because that would infer the common street musician is a classically-trained pianist with a recording career spanning 35 years.

Nonetheless, the 67-year-old virtuoso has heretofore made quite the living on the road, from a youth spent climbing the competition circuit to an adulthood spent sitting in with some of the most prestigious orchestras in the world. With his wealth of talent and experience, it would stand to reason that his presence would command a wealth of dollars (usually north of $50,000). However, in a tremendous gesture to the Erie community, Ax agreed to a four-day residency free of charge, the only stipulation being that his time be managed wisely.

With that objective in mind, Ax and Weiser coordinated three days of community outreach events to stoke an interest in classical music that has been gradually building over the past few Philharmonic seasons.

"This could kickstart everything to a whole new level," said Weiser in a video interview with the Millcreek Government Channel. "The goal is to get people out that maybe wouldn't go and get them coming back."

The itinerary begins with a free lecture and performance Wednesday night at the Jefferson Educational Society. On Thursday afternoon, piano hopefuls will be treated to a master class at Mercyhurst University's Walker Recital Hall. Mr. Ax will work with three local students, providing instruction and feedback before a live audience. At noon on Friday, WQLN Radio (91.3 FM) will broadcast Ax's recital as part of its "Live From Studio Q" performance series. That same night, an open rehearsal and meet-and-greet will be held at the Warner Theatre, complete with cash bar and hors d'oeuvres courtesy of Cali's West Catering.

It all culminates Saturday night with the Philharmonic's performance of Beethoven's Piano Concerto No. 5, otherwise referred to as the "Emperor" Concerto. Written in dedication to Beethoven's pupil and patron, the Archduke Rudolf of Austria (son of Emperor Leopold II), this opus is every bit as regal as its nickname would imply. Flurries of scales unfurl from the keyboard like banners at a king's coronation, punctuated by triumphant blasts from the orchestra. A beautiful tranquility sweeps over the kingdom in the piece's second movement, with balanced dialogue between the soloist and the surrounding instruments. When the third movement arrives, the proverbial beer run has transpired and the excitement again builds to a crescendo.

Ax has a certain flair for the Romantics – he counts Beethoven, Mozart, and Haydn among his favorites. His interpretations of Haydn's piano sonatas earned him two solo instrumentalist Grammys, while his collaborations with Chinese-American cellist and fellow Julliard graduate Yo-Yo Ma garnered an additional five Grammys. Weiser estimates that Ax has performed the "Emperor" concerto thousands of times.

Nevertheless, Ax has cultivated a reputation as one of today's more versatile and broader-minded practitioners of classical piano, taking on 20th century composers such as Hans Werner Henze and Paul Hindemith and contemporaries such as Joseph Schwantner and Christopher Rouse.

It's a rich legacy, but Ax remains gracious and humbly indebted to the music that has paved his path. Content is forever king in the Information Age, and although imperialism has not always been andante in the park, in this case we can all be honored to be its subjects.