Unfortunately, intentions, and technical ability only go so far in Eminem's Revival. 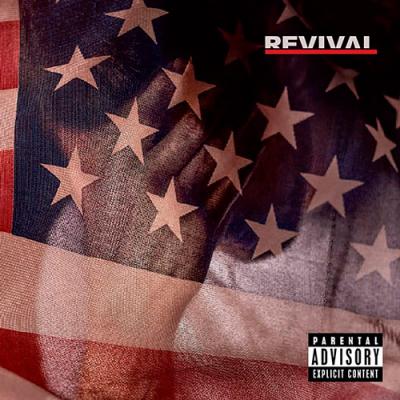 If there's a single redeeming quality to Eminem's Revival, it's that it has more heart than the MC has shown in almost a decade. Unfortunately, intentions, and technical ability only go so far. Outside of a number of self-aware throwbacks (particularly the album's closing run, "Castle" into "Arose"), Revival is a bloated, indecisive, 76-minute slog that places Marshall Mathers miles behind the artists that are currently dominating the political-pop landscape. As many thinkpieces have been quick to point out, Mathers simply refuses to age alongside the genre. The shots he takes at Donald Trump are grin-inducing, but ultimately surface-level; the album is largely split between the old Eminem ("Offended") and the new Eminem, which either relies on radio-ready collaborations with the likes of Pink and Ed Sheeran or places Rick Rubin behind the boards, utilizing an unfortunate number of rap-rock samples (Seriously, Joan Jett and The Cranberries deserve much better). Still, Revival's failures should hardly be enough to keep fans away as he's well earned our attention, even if his post-2010 output continues to lack the confidence and identity that defined his early work. — Aaron Mook