End of the Month Emo

This show will be The Safest Ledge's first Erie headliner show and their debut at The Ballet Haus. 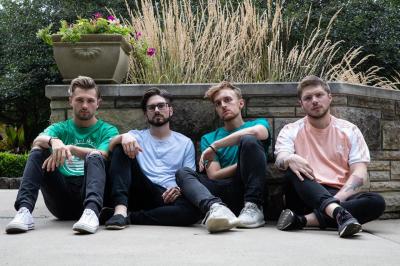 The Safest Ledge will headline The Andromeda Agency's third End-Of-The-Month Emo event, with support from Remorsefully Numb, Talking in My Sleep, and Lyle Sallade (bassist of The Standby).

The Safest Ledge is a Youngstown-based emo/alternative four-piece founded in 2014. Their sound features elements of post-hardcore with spoken-word, attracting a wide array of fans, particularly of bands such as Movements and Turnover. This show will be The Safest Ledge's first Erie headliner show and their debut at The Ballet Haus. When asked what makes them most excited about playing in Erie, guitarist Mason Boano says, "We're most excited that [the Erie] music scene seems to have a really strong culture behind it."

Lyle Sallade will be performing a solo set comprised of original songs featuring elements of fingerstyle guitar. He has previously assisted with selling out two Andromeda Agency-hosted shows at PACA. Kansas City emo group Remorsefully Numb has previously shared the stage with Sallade during The Standby's May tour. Their debut EP Fairmount was released towards the end of 2018 and their latest single, "Forfeit," just dropped on June 18th.

Filling out the lineup is Talking In My Sleep, a Buffalo-based pop-punk band. Their self-titled debut EP was released in April of last year and features their most popular track "Brightside."

Local food truck A Waffle Miracle will once again be serving gourmet waffles all evening long; we highly recommend you come for the waffles and stay for the gig. — Dylan Tutmaher