Enjoy a Cocktail with Eleanor Elektra at Scotty's Martini Lounge 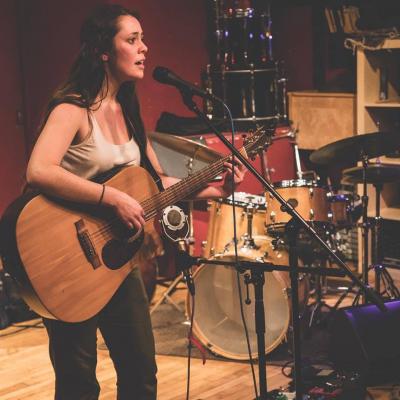 This month, local indie rock staples Cult Classics will be hosting a show with friends from the road Eleanor Elektra, Pinkie Promise, and Crispin Swank. Hailing from Boston, headlining folk performer Eleanor Elektra will likely be performing songs from her latest EP, The Lumberjack, released just this past May.

"We are so thankful that on our Boston trip, Eleanor opened her home to us for a place to stay," says Mckenzie Sprague, the Cult Classics member who put the show together. "She didn't know Jess or I at all! It's exciting to be able to return the favor by giving her and Pinkie Promise a place to play while they're in town."

Given the performing artists' similarities and camaraderie, this show is set to be one of the season's finest. Supporting baroque pop act Pinkie Promise released a new single last year titled "The Royal You," while opening prog-folk singer-songwriter Crispin Swank has an EP, Do You Hear Me Now?, on Bandcamp alongside a new single titled "Other Voices." This accumulation of niche folk and independent music makes this particular performance at Scotty's Martini Lounge one you will not want to miss. — Aaron Mook