A look at all things Erie sports -- from coaching advice to Erie's most underrated athletic of all time. 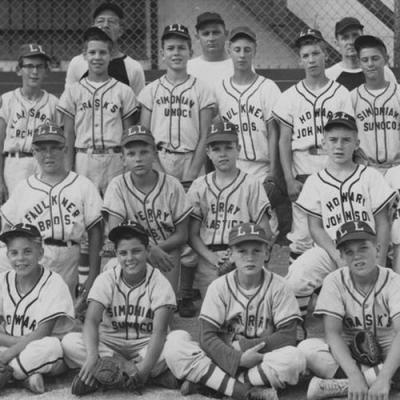 IT'S FINALLY official that Cathedral Prep Offensive Coordinator Brad Orlando is the new football coach at McDowell High School, replacing Mark Soboleski, who resigned following the past football season. Orlando is a McDowell grad who played for the Trojans before going to Penn State.

When Orlando called the shots at CP, the Ramblers won a state title while becoming one of the top-scoring units in the state, as Orlando mastered the spread offense. His past two signal-callers – Damien Terry and Billy Fessler – accumulated staggering passing numbers, Terry now at Michigan State while Fessler is still deciding where to attend college.

While it came as no shock that the Millcreek School District hired Orlando, I have to admit I was beyond a bit surprised when the football coaching positions were opened at Harbor Creek and Iroquois.

I know McDowell didn't ask me for any guidance when selecting a new coach, but that didn't deter me from offering it. And that advice was to hire Brad Orlando.

That went so well that I'm now feeling compelled to assist Harbor Creek and Iroquois in hiring new mentors.

I have two names to toss out, and while this doesn't mean I am discounting numerous other candidates, it just means I firmly believe these are two excellent possibilities. And I stress excellent.

First, I want to state I firmly believe the HC job is a much better job for a variety of reasons, including numbers and facilities. Iroquois is land-locked while Harbor Creek has the potential to have tremendous growth.

Also, please keep in mind that these are my recommendations, and I have not discussed this with either of the coaches.

With that being said, the two names I feel that are great candidates are Matt Melle and Matt Morgan. Currently, Melle is the Defensive Coordinator at Cathedral Prep and Morgan is the head coach at Mercyhurst Prep.

While the offense garnered most of the headlines for Prep, Melle's defense flew under the radar and was one of the top units in the state. The Ramblers gave up very few points and allowed minimal yardage against them.

I initially felt Melle, who was also the head coach at Cleveland Villa Angela-St. Joseph before moving to Erie for family reasons, would follow Orlando to McDowell as his DC and the fact that Millcreek is in a position to offer him a teaching position. However, I'm not too sure this is etched in stone and that Melle would not be open to running his own program somewhere.

Meanwhile, Morgan has done a sensational job at Mercyhurst Prep with limited resources and he also may be convinced to make a change. The Lakers were on the verge of dropping the sport, but he took over and molded them into a regional power behind a strong rushing attack.

There's no doubt in my mind that if I was on a selection committee at HC or Iroquois, I would make sure I touched bases with these two before making a decision. After all, the worse thing that can happen is they tell you, "No!"

I CAN'T TELL you how many discussions I've been involved in with people who wanted to talk about who was the best (fill in the sports blank) player in Erie sports history. And while I find them interesting, there never is a totally "correct" answer.

However, I was out with some Erie sports fans the other night and someone brought up: "Who were some of the most underrated athletes ever in Erie?"

It was a great discussion, and it went on for hours with many great names being brought up. And while there was no totally "correct" answer to this question, I gave it a lot of thought over the next couple of days and I finally came up with my most underrated.

And it was someone I played with – and against.

I believe that former St. George and Cathedral Prep (Class of 1964) star Pat Lupo has never received the recognition he deserved.

He was a star at every level – and every sport – he participated in.

From Millcreek Youth Athletic Association to St. George's to Cathedral Prep, he was "The Man." And tie in the fact he was one of the most humble superstars ever, and you can see why "Loops" got my vote.

My first experience with him was not a pleasant one, though, as I was a cocky seventh-grader at St. Andrew's getting ready for my first start in basketball and we were scheduled to open the season up against SGS. To be honest, we thought the Lancers were a bunch of hicks, as none of us even knew where the school was.

The Lancers were the defending Class B champs, but now it was time for them to move up to the big time and play a powerful Class A SAS team. When Lupo was finished going against a "real" team, he led his team to a 37-34 win – and he scored 33 of the 37 tallies the winners had. Obviously, that is something that sticks in your mind.

He also led a Millcreek Little League team to the national finals in Williamsport as well as being selected All-City in three sports – football, basketball and baseball – at Cathedral Prep.

Lupo was the All-American Boy when I was growing up, and as good as he was, Lupo was the total team player, as he performed on more championship teams than anyone else I can think of.

Hard to believe he flew under the radar with his credentials but he did.

ERIC CAMPBELL, one of the best soccer players ever in the Erie area, will play his college soccer at the Air Force Academy. The Harbor Creek High School star was a D-10 All Star and a two-time District 10 Player of the Year.

The Huskies ace paced HC to back-to-back titles his junior and senior seasons and did the same thing for Mercyhurst Prep when he was a Laker his first two years of high school.

In his career, the future Falcon had 101 goals and 55 assists.

And soccer wasn't the only sport he excelled in, as Campbell was also an all-region tennis doubles player. He was also a two-year member of the National Honor Society.

CATHEDRAL PREP football star Felix Manus-Schell has been selected to play in the prestigious Big 33 Game, pitting the Pa. all-stars against the Maryland all-stars in Hershey on June 14 at Hershey Stadium. He will play his college football at Division I Old Dominion.

Manus-Schell will be a defensive back for the Monarchs. At Prep, he was a two-way star and set a school record this season with 13 touchdown receptions.

Jim, I went to the McDowell/Prep basketball game Tuesday night at the Hammermill Center. For a family of four, it cost $19. That includes four tickets and parking. How can you beat that?

Both teams laid it out on the floor. What a great game to watch. Those kids put it all on the line and played their hearts out. The game was well coached and officiated.

In defeat, the coaching staff of Prep displayed class. Congratulations to McDowell. What a great way to spend a February evening in Erie.

(Contributor's Note: Mr. Ferber is a native of Pittsburgh, his children go to McDowell but he epitomizes how transplants appreciate what we have here. For years I have listened to natives whine and complain about almost everything, but it takes an "out-of-towner" to open our eyes to the great things in our city. Thanks, Curtis. JRL)