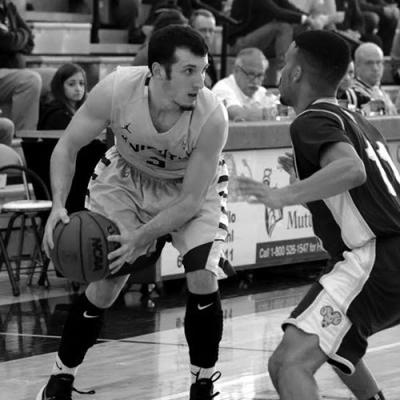 To be perfectly honest with you, I'm not entirely sure what the youngsters were charged with, but the ever-popular "free speech" subject was invoked. Thank goodness Judge Domitrovich seemed to have a grasp of this terrifying situation. There's no telling what this could've led to.

Let me try and set the stage for you – at least I will try. And I promise to not embellish the evening of this frightening event.

It all began at a Northwestern High School at Corry High School football game when a trio of Corry students walked around the track – and in front of the NW cheering section – carrying a pair of signs reading: "Corry Beavers" and "#32 sucks." While this wasn't the classiest thing to do – especially the "#32 sucks" sign – it doesn't strike me as a crime, of any kind.

However, the three were arrested and one was charged with disorderly conduct (he pleaded not guilty), and the other two were charged for carrying a sign that constituted "fighting words," thus not protected by the First Amendment.

The Corry School District did not dole out any discipline, but the Erie County Court system decided to prosecute the two that entered not guilty pleas. Again, I'm not sure what the charges were, but I'm guessing a disorderly conduct was a possibility. A guilty verdict would have meant a fine of $50 plus court costs.

For the record, #32 of the Wildcats was Brandon Reiser, one of the top running backs in the state. While this was kind of a tacky sign, I have to believe a player as tough as Reiser could not have cared less. As a matter of fact, he was probably in the locker room and didn't see it.

And if he did see this "horrible" sign it may have motivated him even more, and that would not have been too good for the Beavers, as Reiser was already running roughshod over the home team.

After all this, I have a question. As an example, what if the entire Corry cheering section (possibly 400 students or more) was screaming, "Northwestern sucks!"), does this mean the Corry jail would've been overflowing with teenagers after the entire cheering section was arrested for disorderly conduct?

I guess my point, after all this, is, "This was really stupid and total waste of time and money."

By the way, has anyone ever gone to a McDowell-Cathedral Prep football or basketball game? There would still be people in prison.

I have to admit: sometimes adults just embarrass me.

I HAVE BEEN watching sports for a long time in this area, and I don't remember so much off-season activity between football and basketball, especially in the coaching department.

Harbor Creek finally named a football coach and the district has named long-time McDowell assistant Ned Bailey. He has been associated with the Trojans program for 29 years, many as a highly-successful freshman coach.

Bailey may hire former McDowell head coach Joe Sanford as an assistant – Sanford's presence giving the Huskies some former head-coaching experience on this staff – and this would be a good thing.

According to some reports, Bailey edged out Mercyhurst Prep coach Matt Morgan for the HC job, Morgan then resigning for MP shortly after Bailey was the Huskies new boss.

Morgan, who did a sensational job with the Lakers, is a finalist for the opening at Iroquois. Morgan took over a program at the Hurst that had just completed two 0-10 seasons and won nearly 80 percent of his games, including the school's only District 10 title on the gridiron.

But this means Mercyhurst Prep is also looking for a new football mentor and time is of the essence at this stage, with most programs already having their kids in the weight rooms for more than three months. However, the Lakers can't be blamed as Morgan did resign a bit late, MPS taking applications until April 11.

So the Hurst grid program will be getting a very late start by the time a headman is named. It would behoove MPS to get moving and get some new faces involved.

If the Laker administration takes too much time, there is a slight possibility they may have to cancel for a year – or longer.

And then to keep things swirling in the high school coaching ranks, the McDowell girls' basketball job was opened up, and the Fort LeBoeuf girls' cage slot became available when Beth Crider recently resigned.

I don't know why Crider called it quits with the Bison, but the former McDowell and Gannon University cager could be a good fit at McD. If she's interested.

GANNON UNIVERSITY and the City of Erie received rave reviews while hosting the Women's NCAA Division II Basketball Tournament at the Erie Insurance Arena, the teams and their fans enjoying their experience.

Bentley University became the sentimental favorite when local rep Edinboro bowed out in the first round.

The quality of these teams was incredible and was certainly appreciated be Erie fans, with a crowd of over 2,100 fans on hand for the championship tilt, thus making the NCAA officials extremely happy.

Speaking (or writing) about the Edinboro Lady Scots, Boro star Val Majewski (a general McLane grad) and Coach Stan Swank received some prestigious post-season hardware. Majewski, who transferred from Division I University of Buffalo, and the veteran Swank deserved everything they received.

Majewski was named the PSAC West Player of the Year and swank was honored as Coach of the Year.

The Gannon University team was an outstanding squad and the Scots beat them four times. This says it all. As a matter of fact, the Boro was the only team to top GU as the Lady Knights finished with just those four losses.

A three-year starter, Blazek has already scored 1,100 points, ranking him 22nd on the all-time scoring chart.

WHAT A SEASON for the Edinboro Wrestling program as the Fighting Scots finished fifth in the country and coach Tim Flynn was named the Division I Coach of the year.

This was the Boro's best finish ever, the Scots ending 6th in 2009 and 1997. Also, the Scots had three All-Americans, Mitchell Port finished third and A.J. Schopp and Dave Habat ended in fourth spot.

IT'S HARD to believe baseball season is here already, but I am ready to give a couple early predictions for our two local teams – the Pirates and Indians.

I believe the Buccos are a legitimate contender, and I am finally impressed with their front office. It appears they finally have a plan and are going to stick to it. I think they will be a playoff team, one that could contend for a berth in the World Series.

James R is looking for at least 95 wins.

Meanwhile, it seems the Indians will be hurting offensively, and there will be too much pressure on the pitching staff, a staff that isn't as good as it was last season. They are in the right division to try and sneak into the playoffs, but I don't see it happening.

James R thinks the Tribe will scramble to break even, but think 80 wins with be their ceiling.

And one final question: What were the Tigers thinking when they gave Miguel Cabrera this insane extension?

GOOD LUCK to Roz Fornari, who resigned as Penn State Behend women's basketball coach after 21 seasons, compiling an overall record of 347-214. She is a four-time Allegheny Mountain Conference Coach of the Year.

Fornari's PSB squads had 19 winning seasons in her 21 years there.

And to top it off, I haven't dealt with a nicer, more accommodating coach than Fornari.

Good luck, Roz. You were a great asset to the basketball community.