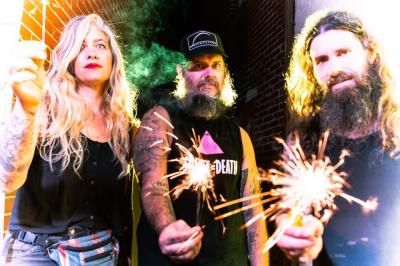 Erie Ale Works will be presenting a cacophony of riffage at Basement Transmissions courtesy of sludge and doomsayers Backwoods Payback, Frayle, and the Erie-based Fog Giant. In addition to this killer lineup, two different beers will be available on tap for those 21 and older with ID at $5 per pint.

"We picked these bands because it was something that we wanted to see," said Erie Ale Works owner Steve Anthony. "The state of music in Erie right now is pretty gnarly, and it's an effort to provide a good selection of heavy bands for people to check out. I own Erie Ale Works, so beer is always a no-brainer for me. It just made sense to bring my two interests together for the benefit of the greater good. Heavy riffs and good beer — it's a simple formula, and we hope that other people agree."

Backwoods Payback appears fresh off the release of their 2018 LP Future Slum, available for stream and purchase on Bandcamp now. — Aaron Mook