The power of outsiders playing inside baseball 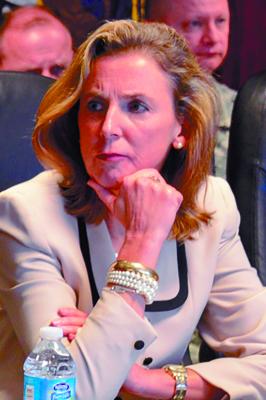 The 2016 political cycle underscores the influence and importance of party factionalism in ways this country has never seen before. Both Republicans and Democrats contend with the problematic negotiation between party loyalists, party activists, and outsiders. Historically, the latter two groups have served to keep the party loyalists in check while ensuring that party platforms reflect the best interests of the people, even when the people have not necessarily worked in their own best interest.

This year, however, activists and outsiders have hijacked numerous campaigns at all levels of government.

We needn't lament too long the potential perils inherent in this year's presidential campaign. Even if your candidate is one of the Red Hats in the race who have now emerged as frontrunners, you're likely to be disheartened by the paths that brought them to this point.

A bit closer to home, the race for the Democratic nomination in the Pennsylvania Senate race became the byproduct of party infighting in which Joe Sestak, the most qualified Senate candidate in this year's Democratic primary, suffered the effects of having marched to his own political drum since leaving the U.S. House in 2010 to run for the U.S. Senate. Six years ago he spurned the party, which had elected to back Republican turncoat Arlen Specter because national party leadership believed Specter could fend off the challenge of conservative Republican Pat Toomey.

As you know, Toomey won, and the Democrats spent the next six years launching an anyone-but-Sestak campaign that resulted in the anointing of elite Democrat Katie McGinty, who had worked in the presidential administrations of Bill Clinton and Barack Obama, as well as the gubernatorial cabinets of Ed Rendell and Tom Wolf.

Braddock Mayor John Fetterman became a darling of the disillusioned masses. But neither his charisma nor his intellectual pragmatism were a match for the deep pockets and dark forces of the Democratic party, which isn't interested much in deviations from the political norm.

Nevertheless, the anomalous infusion of strong in-party challenges has been invigorating to watch at all levels of government. In fact, it casts a hopeful light on the democratic process to know that a 74-year-old Jewish man can energize and divide the base of the Democratic Party with virtually the same message that the 46-year-old "Man from Hope" used in 1992.

And regardless of how you feel about the Republican Party and its presumptive nominee, the ouroboros it created, with its disdain for the "Washington insider" and the "politics as usual" that its own membership came to embody, will ultimately lead to a better (or at least different) Republican Party.

Nothing would be better for the 2017 City of Erie mayoral race that's bound to kick into gear any day now than a trio of factions comprised of party loyalists, party activists, and outsiders from within the Erie County Democratic Party vying for what will be the most critical political tenure in this City's history.

This is a Republican moment. Please be better.

And as crazy as it may sound, if we're lucky, Erie, the phenomenon will continue.

Nothing would be better for the 2017 City of Erie mayoral race that's bound to kick into gear any day now than a trio of factions comprised of party loyalists, party activists, and outsiders from within the Erie County Democratic Party vying for what will be the most critical political tenure in this City's history.

There's no doubt that a party loyalist like Bob Merski, who unofficially launched his mayoral bid during his formative years at Cathedral Prep in the early 1990s, will be pushed to distance himself from the Sinnott administration and the boot of local Democratic Party Chair Bill Cole by party activists like County Councilman Jay Breneman and his allies on City Council.

However, the party outsider is an X-factor. Will former City Councilman Joe Schember, who announced his intent to run for mayor, play that role? Schember's time on council was cut short by community concerns that his professional life created a conflict of interest with his public service. As mayor, he'd wear only one hat. And Schember may just have the temperament and intelligence to steer the city toward its right size and the rightful place we'd like to believe it holds in the pantheon of Pennsylvania municipalities.

Building a successful campaign in what's expected to be a field of 10 or more candidates will be among Schember's greatest challenges. For starters, he'll have to work the rifts in the local Democratic Party. He's going to have to build an army that can make sure his signs aren't unceremoniously removed from the windows of party headquarters. Perhaps more importantly, he'll have to take on the tasks he tried desperately to avoid in his bid for City Council and raise serious funds to compete with party standard-bearers.

To that end, I suspect he's already dipped into his own pockets for the first round of baseball caps that read "Make Erie Great Again."