Erie has always struggled between stasis and and constructive argumentation, where do we stand now? 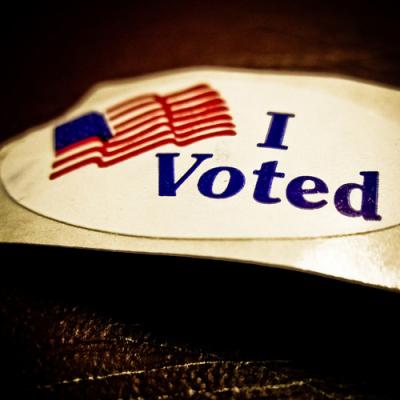 As someone who has adequately tested the waters of deference – sometimes swimming against the current – toward authority, I can usually spot an anti-authoritarian from great distance.

When I watch what's happening in Congress, I can't help but think that the animus and infighting is mostly political theater, but I'm also concerned that such public displays of abhorrence toward authority – and executive authority, in particular – are reverberating through the American political system, from the federal bureaucracy to municipal councils, creating residual networks of ineffective governmental hierarchies.

You could argue that many of these political problems began in 1994 with Newt Gingrich's "Contract With America," which broadly cast congressional elections as power plays with gross national consequence in the name of agenda setting and an ideological restructuring of American government. It didn't work because the American people recognized the "Contract With America" as ideological posturing rather than solutions to emergent problems in the post-Cold War era. Although, ironically, Clinton Democrats were poised to take up pieces of the Gingrich agenda in spite of the dismay it caused to New Deal Democrats who still comprised the majority of the Democratic caucus in the mid-1990s. Republicans regained control of Congress in 1994, but Clinton held onto the White House in 1996. The American electorate could reconcile competing agendas even if the politicians could not.

In Erie, voters elected their first Clinton Democrat – Rick Filippi – in 2000. Filippi served as Mayor from 2001 to 2005, but spent the better part of his last two years in office defending himself from criminal allegations that he had inappropriately used his office and influence during negotiations to get the Presque Isle Downs & Casino on Erie's bayfront. Filippi was acquitted of any wrongdoing in 2006 after losing his reelection bid to Joe Sinnott the previous year.

That sad episode in Erie's political history is an exclamation point on a torrid four years of the Filippi Administration's generally conflict-riddled relationship with other governmental bodies, most notably Erie City Council. Like Clinton, Filippi held progressive ideas that even members of his own party were unprepared to accept. His early attempts at collaboration with Rick Schenker, the Republican Erie County Executive who defeated Democrat Judy Lynch after she served 20 years in that post, also probably didn't engender much respect from the old guard.

Filippi was a change agent. He brought youth and vision to a city that remained locked in 1960s-era machine politics. Voters elected him to bring Erie into the 21st Century, but City Council saw to it to limit his executive powers and hold the city staunchly in the century past much like Congress did to Clinton during his first administration.

So in 2005, Democratic city voters faced a difficult choice. Would they elect Barry Grossman – a local businessman who was outspoken and critical of the city's operations, sure to be in conflict with City Council – or Joe Sinnott – the attorney and mild mannered city councilman who "understood how things worked" in City Hall?

The people elected Sinnott, not necessarily as a rejection of Filippi, but rather a call for calm. People in the Erie Democratic Party have said that Sinnott was "the right guy for the city at that time." He was a calming influence over a government in the midst of an identity crisis. But that calm also left the city in what can only be described as a post-Tullio malaise, still struggling with the order of power and the power of order.

Presidents, governors, and mayors are political executives. They're elected – or at least they should be elected – for their vision, their competence, and their ability to lead in times of crisis. It's a total package and sacrificing any part of the package for an abundance of any single quality creates a deficit of leadership.

Councils and other legislative bodies are there to negotiate over, deliberate on, and facilitate the implementation of executive agendas, ensuring that the well-being of the people is not subverted by the political will of the few. What often gets lost in partisan or territorial disputes is that the same electorate that selected the executive also gave council its mandate.

Consensus achieved by a coalition of like-minded individuals lacks critical thought and leads to periods of stasis. "That's management, not leadership," as County Councilman Jay Brenenman recently wrote in an Erie Times-News op-ed on political character.

Consensus achieved through debate and compromise is the result of leadership. It leads to thoughtful, productive change, and a path toward a prosperous future.

Now that the ballots are set for the May primary, let us consider who might be agents of change, leaders, and prospective executives. Perhaps we'll properly identify those who understand the value of constructive argumentation rather than stasis.