Erie at Large: Guns and Drugs

The most dangerous plague facing the Erie region may not be things that go pop in the night. 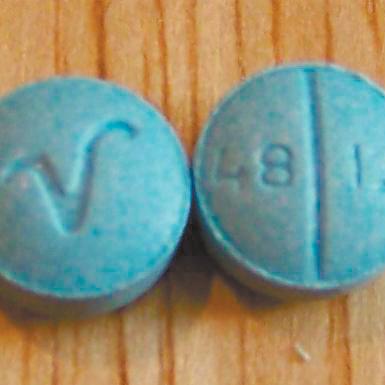 As a community, we spent all of 2014 and most of 2015 talking about gun violence. And rightfully so.

But the most dangerous plague facing the Erie region may not be things that go pop in the night.

Media reports of gun violence and the firsthand accounts that echo those reports have made the community fearful of the future and, I'm afraid to say, many have become fearful of one another. Such fear only highlights the many social, economic, and geographic elements that divide us rather than the social, economic, and geographic interests that should unify Erie as we stare down the barrel of gun violence.

As we clamor for safety and security from what many perceive to be someone else's problem, an equally, if not more, insidious threat lurks in our community: increasingly lethal rates of drug addiction.

The genesis of this epidemic is the rapid ascent of prescription drug abuse in the U.S. The front lines of the war we now wage are communities across the country – Erie included – where people seek out dangerously inferior substitutes to the prescription medication they've become dependent upon.

"This addiction epidemic was made in America," wrote Tom Ashbrook, host of NPR's On Point. "Fueled by American pharmaceutical companies churning out mountains of opioid pills. Enabled by doctors looking to deal with pain. Embraced by Americans for all kinds of reasons. [It's] followed up by cheap heroin when the prescriptions run out."

Erie County saw a nearly 30 percent increase in heroin and opiate drug abuse in 2015, according to the Erie County Office of Drug and Alcohol Abuse. When you compare the rise in drug use with the rise in violent crime, Erie must face some stark realities, including the fact that drug abuse and fatal overdoses rival incidents of violent gun crimes.

Nationally, nearly a third of inmates in state correctional facilities and more than a quarter of federal inmates committed their crimes while pursuing or under the influence of drugs. Prior to 2001, the vast majority of drug-related offenses involved marijuana or cocaine. Since 2001, however, authorities have witnessed a rise in the use of opioids and heroin. It's a shift largely attributed to the overprescription of opioid based pain medication, including Vicodin, Oxycodone, and OxyContin.

Last September, the Food and Drug Administration (FDA) approved the use of OxyContin for patients as young as 11 years old, specifically for those who have chronic pain determined to be untreatable by other means.

Critics of the FDA's decision question the morality of allowing major pharmaceutical companies to increase market share by prescribing such powerful medication to pediatric patients. "You're talking about [Purdue], a privately held company where executives have faced criminal charges for the way they marketed OxyContin," Andrew Kolodny, director of Physicians for Responsible Opioid Prescribing, told the Washington Post.

The preponderance of opioid prescriptions written in the past 15 years is viewed by many in the medical community as ground zero for the current opioid and heroin crisis in the U.S. That's because patients who are treated with opioids and become addicted frequently transition to heroin when prescription drugs become harder to find. Heroin is also less expensive. According to the American Society of Addiction Medicine, 75 percent of people who become addicted to opioid medications switch to heroin because it's cheaper.

In Pennsylvania, state police seized record amounts of heroin between January and July of 2015, and saw a small decline in heroin-related activity in the second half of the year. But across the Commonwealth, the effects of opioid and heroin addiction remain profound with an average of seven people dying from drug overdoses each day.

In Erie County, the statistics are equally startling. Sixty people died of drug-related causes in 2014. That's nearly five times the number of people killed by gun violence. Almost 40 percent of those drug-related fatalities were exclusively heroin-related.

Heroin-related fatalities in 2015 account for more than 50 percent of the drug-related deaths in Erie County, according to the Erie County coroner's office. There were 63 confirmed overdose deaths and nine cases still pending toxicology reports at the end of the year. 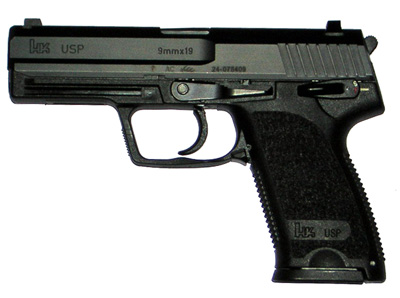 To try and stem this crisis, first responders now carry Naloxone, also known as Narcan, a powerful anti-overdose medication that reverses the effects of opioids in similar ways that a shot of epinephrine might reverse the effects of a dangerous allergic reaction. The CDC will soon publish new guidelines for prescribing opioids to patients with chronic pain; and many states are diverting drug offenders out of the criminal justice system and into drug courts and treatment programs, marking a shift away from the criminalization of addiction for the first time in nearly four decades.

Officials in Erie County have also formed the Heroin Overdose Community Awareness Task Force, a group that hopes to establish a database that will help target interventions to reduce drug overdose and drug abuse, generally, according to David Sanner, director of the Erie County Office of Drug and Alcohol Abuse.

When a gun is fired, neighborhoods are tested and courage is tried.

But the last gasp of a dying addict is equally disruptive to the peace of the city, or a neighborhood, or a home.