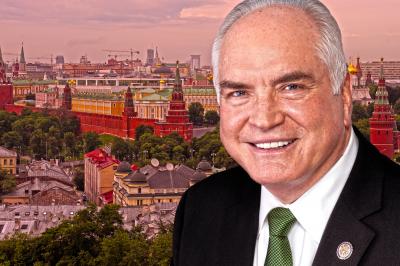 There was a day in our not too distant past when we could count on elected Republicans to act in the best interest of these United States. Even when Republicans and Democrats disagreed, there was, in most cases, deference to precedent, protocol, and, above all else, the Constitution.

Somewhere along the way, We, the people, got spoiled. We took for granted that debates on the House and Senate floors were substantive and important. We took for granted, too, that we didn't necessarily have to watch each debate or even hear about every word on the nightly news. We guiltily assumed that even when there was no middle ground to be found, even when an ideological impasse was too great to overcome, both sides had a long-term goal of preserving the nation and its institutions — from the Supreme Court to the daily news.

For nearly 100 years, Democrats and Republicans have taken divergent paths toward unifying their base when there was no bipartisan consensus. Democrats tended to turn their rhetoric toward protecting the vulnerable and supporting the social programs that emerged from the Great Depression to assure Americans that such circumstances would never befall us again. Republicans reassured their audience that the nation would be free from fear of a common enemy, be they international socialists in the 1920s, fascists in the 1930s and 1940s, or Soviet brand communists in almost every decade after.

Even as recently as 2015, before launching a self-exploratory campaign to examine his own race amidst racially charged times in our country, Erie's representative in Congress, "White" Mike Kelly, stood on the floor of the U.S. House decrying France's sale of amphibious warships to Russia. "Zoos often have signs that say 'don't feed the bears,'" he said, "because it's just common sense … especially now, I'd like to say 'don't feed the Russian bear.'"

Ironically, Kelly was afraid that the sale of military arms in 2015 would allow Russia to further intimidate and encroach upon a former Soviet satellite — wait for it — Ukraine.

Since 2015, Russians have made themselves an ever-present factor in American elections. An American president got caught trying to bully the president of Ukraine into investigating his enemies in exchange for an arms deal, and the Republican Party has abandoned any attempt to defend the Constitution and preserve the future of democratic institutions in exchange for a short-term power grab by septuagenarian elitists who won't live long enough to suffer the consequences of their actions.

Now, an impeachment inquiry is underway, the president's communication with the press amounts to little more than "come at me, bro" non-sequiturs, and "White" Mike is at it again. Kelly will have to reconcile his Cold Warrior dreams of the not so distant past with his sycophantic support of the newest Russian pawn. To do that, he's brought friends.

In defense of the president's treasonous behavior, Mitch McConnell and Lindsey Graham have most Senate Republicans on lockdown. The actions of the president have grown indefensible, even for them. So instead, they deride the process as socialistic and un-American.

House Republicans received their marching orders as well. With a lack of power and little ground on which to stand, they cry socialism from the rooftops. Instead of evaluating the most relevant threats to the nation, they've closed ranks and point the finger only at political opposition. Mike Kelly decries the socialist Democrats. Glenn Thompson calls impeachment a socialist tactic. And all of these Cold Warriors cast their stones defending a man who crawled into bed to play water sports with Russia.

Oh, what times we live in.

If Warren Zevon was still alive there'd be a song about this. I think it would be titled, "Kremlin Kelly," and it would go something like this: "Mitch, and Linds, and Kremlin Kelly drinking Mai Tais in the sand. The deed was done, the war was over, until the Russian bear bit their hands."

Jim Wertz is a contributing editor and Chairman of the Erie County Democratic Party. He apologizes to the late Warren Zevon. He can be reached at jWertz@ErieReader.com and you can follow him on Twitter @jim_wertz.