When a refugee calls Erie home. 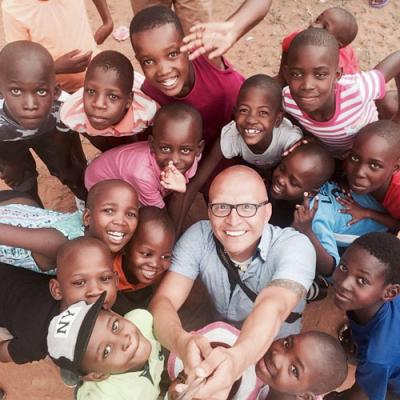 Erie is often referred to as "The Gem City" because of its proximity to Lake Erie on sunny summer days. But if the national and international press has anything to say about it – and they do – our fair city will henceforth be referred to as "Erie, Pennsylvania: An International City."

It started when James and Deborah Fallows came to Erie as part of the "City Makers: American Futures" project that the couple produces for The Atlantic. Both Fallows are institutions within that venerable publication, with professional resumes that far exceed the word count I'm provided here. Nevertheless, when they have something to say, the world listens.

Among the various topics they've covered in the Erie series was our city's large and growing population of New Americans – refugees and immigrants who represent a cultural and demographic change that is the foundational cornerstone of Erie's future. "Refugees, not just 'normal' immigrants, make up some 10 percent of its population, which would be comparable to some 32 million on the national scale," noted James Fallows in "Erie and America." Both the statistic and the projection are significant.

"We met Albanians, Bosnians, Bhutanese, Burmese, Syrians, and many others," Fallows continued. "These are the very people Donald Trump warned against in his speech in Erie … The reaction in Erie itself seemed quite different from Trump's."

Deborah Fallows followed with a profile of the Zkrit family – who were resettled in Erie last June after leaving their home in Aleppo, Syria in 2012 – and the many agencies that assist in assimilation and acculturation here in Erie. "The words we became used to hearing," she observed, "in Sioux Falls, or Burlington, which both have similar refugee populations as Erie, or in Dodge City, which is newly 60 percent Hispanic – were 'We embrace each other' or 'They make our community stronger.'"

In an election year that featured xenophobic rhetoric from one side and a national conversation that has the world reeling about the philosophic nature of politics and life as we know it, a mid-sized, middle-American enclave with a penchant for tolerance and inclusion is not only a welcome relief, it's catching fire.

Since those articles were released, there's been a BBC film crew that came to Radius CoWork to talk Election 2016 and Erie's next socioeconomic turn, and a reporter from Spain's largest daily publication, El País, who illustrated Erie's success integrating refugees by sharing the story of Jefferson Educational Society Vice President and Executive Director, Ferki Ferati, whose family arrived in Erie in 1999 after fleeing the war in Kosovo.

For avid Reader readers, Maitham is no stranger. I profiled Maitham in 2014 after he returned from Iraq. It was the first time he had visited Iraq since leaving in 2000 at age 12. His story and his work have been featured four other times in 2014 and 2015.

In that spirit, it's my pleasure to (re)introduce one of Erie's finest adopted sons, Maitham Basha-Agha. For avid Reader readers, Maitham is no stranger. I profiled Maitham in 2014 after he returned from Iraq. It was the first time he had visited Iraq since leaving in 2000 at age 12. His story and his work have been featured four other times in 2014 and 2015.

I first met Maitham ca. 2008 when he was a student at Edinboro University. He was smart and inquisitive, but humble and reserved. He maintains those qualities today and marshals them to his advantage.

In 2014, before he went to Iraq, someone contacted me and asked if I'd chat with an aspiring filmmaker wanting to tell the story of Erie's "New Americans." I agreed and was reconnected with Maitham, who was working for Sarah Reed Children's Center, helping 5th- and 6th-graders in the Erie School District develop social skills that underlie sound life decisions. We met and discussed process and technique. Three months later, I received an email from Maitham. I was expecting him to ask about next steps, but he was already done with his documentary. His email was inviting me to the premiere at East High School.

That's how he rolls.

For the past two years, Maitham called a village in Botswana his home, serving in the Peace Corps. While abroad, he documented his experience and shared the lives of those he encountered through the lens of his camera and a Facebook page called "The People of Southern Africa." His time there and the people he met have redefined his life and mission. In a few months, he'll return to Africa to continue his life and follow his heart. In the interim, we're lucky enough to have him join the team at the Erie Reader to share the stories of other refugees who are starting over in our community and who now call Erie home.

Maitham's a truly inspiring photographer and a great human being. In the spirit of the international conversation that's taking place about Erie, we'll reap the benefits of his work, his experience, and the added value to our community when a refugee calls Erie home.