Erie at Large: The Ballad of CRIZ

Jim Wertz talks bayfront development and the role of CRIZ. 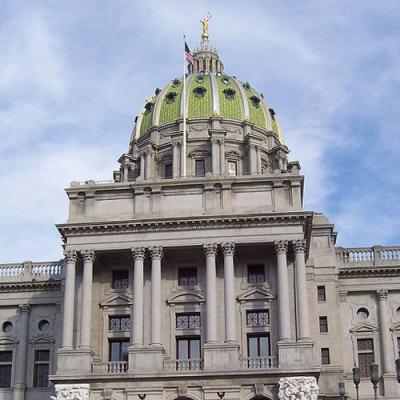 We kicked off 2015 by taking a long look at bayfront development in Erie. There were plenty of people who provided feedback on that issue and our approach to it, but there was one universal comment that transcended ideological or political position on the future of the bayfront: Erie needs to receive the CRIZ designation for future development.

CRIZ, for those of you playing catch-up, is a "City Revitalization and Improvement Zone." It was created by the state legislature in 2013, and that December, Lancaster and Bethlehem were awarded the first CRIZ designations in the Commonwealth. Having a CRIZ means that taxes generated in the revitalization and improvement zone can be, essentially, reinvested in that area rather than going directly into the state's general fund. The Pa. Dept. of Revenue, the Dept. of Community and Economic Development, and the Governor's Office of Budget administer the CRIZ program.

Part of the bayfront story was that the crown jewel of proposed development along the waterfront – Scott Enterprises' Harbor Place, a mixed use hotel, retail, and public space – was on hold because the City of Erie's CRIZ application had been rejected in 2013 due to the fact that it had not created a CRIZ Authority to administer local projects. This setback would have been less alarming had it not been the latest in more than a decade's worth of false starts by Scott Enterprises on Erie's bayfront. But in this case, the motivation to hold the project was clear: Any projects underway prior to receiving a CRIZ designation are exempt from CRIZ funds. Breaking ground on Harbor Place would be a huge financial risk since the next round of CRIZ awards was not slated until 2016.

But there may be a bright spot on the rather distant horizon.

State Sen. Sean Wiley introduced a bill Feb. 23 that would change the way the CRIZ program works. It would expand the number of CRIZ awards from two to fifteen and move up the new round of applications from 2016 to 2015, making Erie – and by default Harbor Place – CRIZ-ready later this year. It would also allow cities to use existing authorities to administer CRIZ programs, which was a deciding factor in Erie's original application when it attempted to name the Sewer Authority as the overseer of future projects. 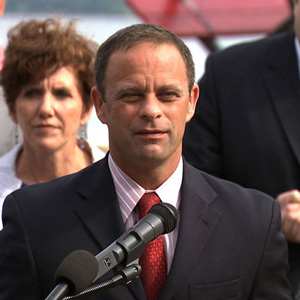 The assumptions being made are as follows: 1) Erie will receive a CRIZ award in the next round of applications 2) Sen. Wiley's bill will pass allowing Erie to begin CRIZ development a year earlier than expected 3) Harbor Place will break ground once the green light from Harrisburg has been lit. But despite the fact that this is the world we'd all want and expect, several significant hurdles remain.

First, Erie has not yet created a CRIZ Authority. Erie, York, and several other municipalities fell into the authority trap during the first round of applications. The only local governments that acted correctly were Lancaster and Bethlehem, who received the first CRIZ designations. While I'll admit to being among the chorus of critics who asked why Erie would want and/or need another quasi-governmental authority, it's become clear that Erie must comply precisely with the language of the existing legislation if it is to be competitive in the next round of CRIZ applications in 2016 or before.

Furthermore, Sen. Wiley should be commended for introducing such bold legislation at a time when our newly inaugurated Democratic Gov. must wrestle with a Republican-led General Assembly to balance a budget that begins more than $2 billion in the red. Sen. Wiley is becoming a powerful figure in Harrisburg and holds a great deal of social and political capital to advance this worthy cause.

However, we must remain cautiously optimistic about the prospect of a revised CRIZ Act because several attempts to pass legislation altering the scope and timeline of future CRIZ applications all failed in 2014. Sen. Wiley is acting in the interest of his constituents in ways that we hope would serve as a model for all of our elected officials, but Erie needs to be ready to operate within the current framework of Act 52 of 2013, the original CRIZ legislation, should the Wiley bill stall.

Finally, the public-private partnerships on Erie's bayfront need to be prepared to nurture the commitment of Scott Enterprises to bring to fruition the Harbor Place project. As we outlined in January's "Erie's Bayfront Takes Shape," the Scotts have made several grand announcements of major projects near Presque Isle Bay since the late 1990s. Their reluctance to act on Harbor Place barring a CRIZ designation is understandable because the designation adds significant value to their project, in particular.

But if Sen. Wiley's bill passes or if Erie's number comes up in 2016, local officials must be willing to call the developer's bluff. All the cards have been played.