Erie At Large: The educational costs of children in poverty

According to the Pa. Department of Education, the average number of public school students living in poverty in 2006 was nearly 80 percent districtwide. 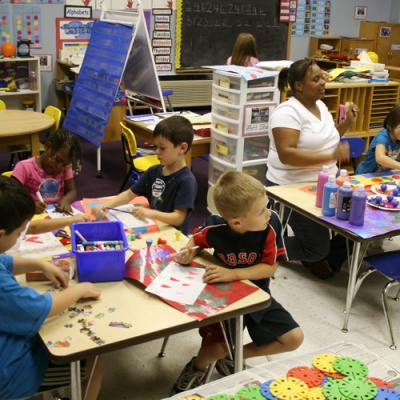 Without restoration of education funding from the state, Badams estimates that the Erie School District will need to shed nearly $9 million from next year's budget, and that's only if the Governor's education initiatives are even half funded. If the legislature continues to operate only on oppositional terms and next year's budget is also grossly or wholly unfunded, the reality for Erie's city schools will be much worse.

That's because cutting after-school programs and closing schools with relatively small populations is only going to compound the greatest issue facing Erie at large and its public schools: The rate of children living in poverty in the City of Erie and attending public elementary schools here has grown at alarming rates over the last decade. And it's not getting better … for anyone, anywhere in the city.

According to the Pa. Department of Education, the average number of public school students living in poverty in 2006 was nearly 80 percent districtwide. By 2014 that average had increased by more than 6 percent.

According to the Pa. Department of Education, the average number of public school students living in poverty in 2006 was nearly 80 percent districtwide. By 2014 that average had increased by more than 6 percent. Given the impact of the great recession on the local economy, more children living in poverty during that period may not come as a surprise.

What is surprising, however, is how that districtwide increase is impacting individual elementary schools across the city. Four schools in 2006 had child poverty rates of less than 70 percent: Grover Cleveland Elementary (61.2), Harding Elementary (62.8), JoAnna Connell Elementary (66.8), and Jefferson Elementary (69.4).

Part of the increase can be credited to the redistribution of poverty from the three schools that the district closed during this period for financial reasons: Burton Elementary, which had the highest poverty rate in the district in 2006 (94.4); Irving Elementary (87.2); and Glenwood Elementary (77.4).

The only school that experienced a decline in child poverty was Pfeiffer-Burleigh Elementary on East 11th Street, where the poverty rate dropped 4.4 percent between 2006 and 2014. Nevertheless, the rate of poverty in that school still nears 90 percent (89.7).

Today, eight of the City's 11 public elementary schools have child poverty rates greater than 88 percent. In 2006, there were four.

As the Erie School District struggles to figure out how to keep its doors open, its lights on, and its teachers paid, it must also confront the economic realities of providing meals, specialized services, and after-school programs that keep the City's most vulnerable populations coming back to the classroom each day. Some of these services are partially grant funded, and that helps. But many of the programs are funded in part or fully by the state, and the ongoing budget crisis that threatens school districts across Pa. will crush the finite opportunities offered to Erie's children if it's not soon resolved.

Diminished services for children in poverty in Erie and everywhere borders on institutional child abuse and the State Legislature should be held responsible.

The mantra in Harrisburg is that "we all want to fund education, but we have no way to pay for it." But without substantial changes to education funding and the model that distributes those funds, we'll all pay for the costs of inequitable education and its lack of funding.

It will be the most expensive mistake the Commonwealth has ever made.