The Erie Composers concert will feature the original works of Erie-based composers. 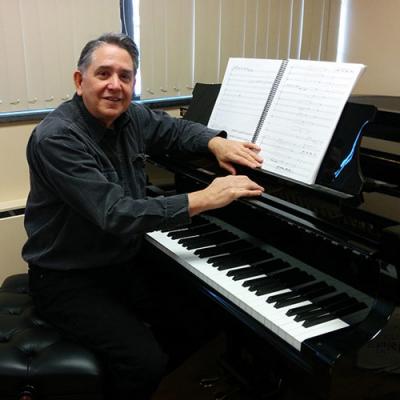 Nobody wants to start their week off on a sour note, but seeing as Monday is just one semitone removed from "last weekend," a sense of foreboding and menace is not unheard of. Let the Erie Chamber Orchestra stand as resounding proof that you, too, can compose yourself with dignity.

The Erie Composers concert will feature the original works of Erie-based composers Christina Brice Dolanc and Stephen Colantti, performed by the ECO's talented assembly of musicians. "The Songsmith Collective," a string quartet piece based on selected motifs from Perseus House Charter School of Excellence students, will also debut this evening.

Even St. Paul Cathedral's vaulted ceilings will be hard-pressed to contain the immensity of Dolanc's awe-inspiring "Stars Alone," an eerily gorgeous ode to the breadth of the universe. Incredibly rich and textured choral harmonies float over haunting string sustains, creating a sense of being surrounded by the cosmos – it's surprisingly soothing and reassuring, even if we are all just specks on a grain of dust in the grand scheme of things. Dolanc, also a violinist and singer, has composed over 100 works for string quartet and arranged for numerous other ensemble settings.

Stephen Colantti is no stranger to enormity himself, having written the opera "The Selfish Giant," based on Oscar Wilde's poetic short story of the same name. He began his career in the Big Apple as a dramatic tenor in the city's thriving opera scene before teaching himself to compose. He specializes in songs for chorus, guitar, piano, and strings in addition to playing classic guitar and viola himself. ECO principal cellist Ruth Ann Scanzillo marvels at "how surely his melodic line [carries] over such serious harmonic complexity."