This year the Erie Downtown Partnership will hold six instead of ten summertime block parties. 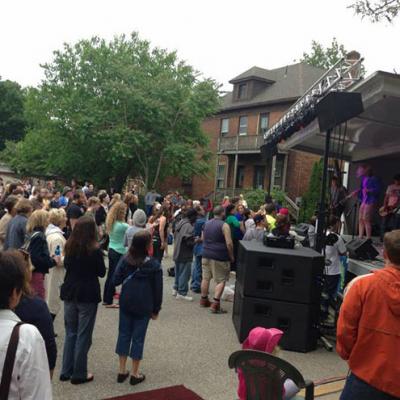 This year the Erie Downtown Partnership will hold six instead of ten summertime block parties, but Chief Executive Officer John Buchna says the goal is to make the Thursday night hurrahs better than ever.

"There's so many things to do in Erie, people have to make a choice," he said. "That means a few less block parties, but we are working together with our community partners so everyone has a more enjoyable time."

The parties have been strategically placed around other events, such as Roar of the Shore and Celebrate Erie, that also bring people to downtown.

Through collaboration with the Erie Sports Commission, the block parties will include extra entertainment. The June 22nd block party at the Bayfront will feature a preview show of HydroFlight competitions that will take place later that weekend.

In August, the Erie Downtown Partnership is partnering with the Lake Erie Cycle Fest. A slow roll bicycling event will end at Perry Square Park, where the August 10th party takes place.

This summer also brings venue changes. The parties will take place in parks this year. Locations include Perry Square, Griswold Park, UPMC Park and the Bayfront, more specifically behind the Maritime Museum.

"We were outgrowing certain areas," Buchna said. "And a lot of people like it because it won't affect traffic patterns."

"This is a changing, regrouping year, but we have big plans for the future," Buchna said.

He wanted guests to know that even though the venues are changing, local entertainment and bars will still be involved at the shows.

For safety reasons, no coolers, pets or bikes are allowed.

If you can't make it to the first party of the season, a complete list of dates is available at eriedowntown.com/calendar. –Tracy Geibel