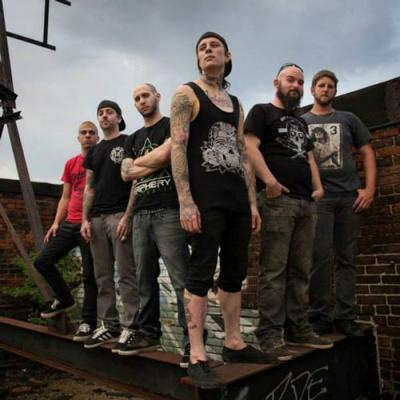 Being from Cleveland, Fallen Captive comes from a city with an extensive history of metal, with seminal hardcore band Integrity and nu-metal superstars Mushroomhead also hailing from the Rust Belt metal haven.  Ohio was even seemingly the hub of the metalcore scene in the mid to late 2000s at the peak of Rise Records' popularity.

Fallen Captive follows the tried-and-true formula of metalcore bands, like As I Lay Dying and Killswitch Engage, with heavy but melodic riffs, clean vocal choruses, and face-melting guitar solos, with no need to rely heavily on breakdowns to add an edge to their songs. They recently released a Walking Dead-inspired video for their song "Fallout" from their album Edge of Collapse.

Rounding out the bill is Edinboro's death metal group Obelus, who have recently had their song "Dog On" featured on Rise or Die Promotions' latest all-metal compilation. Also featured are Amongst the Thorns from Jamestown, N.Y., as well as Slaughter in the Meridian and Bathed in Formaldehyde from Erie.

Just as I said about Cleveland, Erie also has a long history of metal, hardcore, and other forms of loud music, and it's shows like this that bring in bands from other semi-local regions – not just the national touring acts – that helps keep it alive. – Tommy Shannon